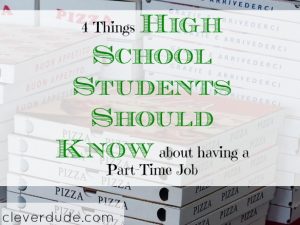 I’ve spent a lot of time and effort teaching my son basic personal finance concepts such as working hard to earn money, saving for the things you want, and getting the most value out of your hard earned money. I discovered recently that he’s in need of a lesson in how being part of the labor force works, especially as he begins his sophomore year in high school and may be contemplating getting his first part-time job. 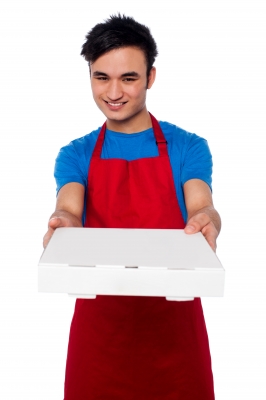 As a fifteen year old, there aren’t a ton of job opportunities. We looked around a little bit at the beginning of summer, and found that most employers require job applicants to be sixteen. We recently revisited the subject of a part-time job when I noticed a big box electronics retailer, which he had expressed interest in working at, had a â€œnow hiring!â€ sign hanging from the side of it’s building. At some point in the conversation, he mentioned two points that surprised me:

These two statements made me realize that we needed to sit down and have a father to son talk about how part time jobs work.

The point is, high school can be some of the best years of your life. You’re old enough to have the freedom to do a lot of things, but young enough to not have a lot of financial responsibilities. It will likely be a long time before you have the kind of discretionary funds that you have during these years if you play your cards right.

Now, what was that about getting some job applications?