Entrepreneurs: Here are Three Signs it’s Time to Outsource or Hire Someone 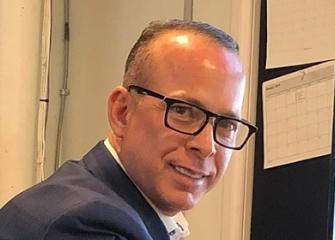 Entrepreneurs are creative and ambitious by nature. They have an idea, create a product or service and see it through. They put in hundreds of hours a month, are hands on from the beginning, and rarely rest until the job is done.

But sometimes, when there is no way to work harder—when there are no more hours in a day or week and they can’t sleep any less—they need to learn to work smarter.

What I have found, in working with hundreds of small business owners, is that they don’t know when to relinquish control of a portion of their business to an employee or outsource it to a third party. But when they try to do it all themselves, eventually their performance suffers and then something gets dropped or done poorly.

When a small business owner spends more time on a task they aren’t as educated on or proficient in, that takes time away from what they know. They might also be forced to push back deadlines because they’re taking on an unrealistic number of tasks and responsibilities simultaneously.

Here are three signs it’s time to hire someone or outsource tasks, when you’re a maxed-out small business owner:

How to know who to hire

Identifying what and when to allow others to do can sometimes be a blurry line, when you’re in the midst of starting a company.

The best way for small business owners to think about identifying a solution when they have maxed out their individual abilities and 90-hour work week is to think about their company operations in three buckets:

In order to grow, small businesses need dedicated individuals to oversee all three functions, and the business owner eventually needs to oversee all of these operations while focusing on growing the company. It’s ultimately the difference between an owner being caught in the gears of the operation versus sitting on top of the machine and making sure all of the levers are being pulled at the right time, and in the right order.

As the director of sales at Par Funding with more than 20 years of finance industry experience, Joe Laforte is one of the small business industry’s most distinguished and accomplished leaders. He works with hundreds of small business each year, assisting them with their day-to-day operations, financial challenges and back office management needs. He has steered Par Funding through various market shifts and industry changes, and led the company to unprecedented growth. Since 2013, Par Funding has helped more than 5,000 clients, assisting small and mid-size businesses access working capital when it matters most.