Does Living in an RV Save Money? 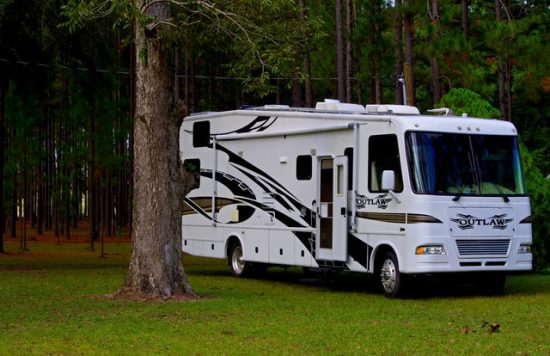 Some people have taken extreme measures to get out of debt. There even some that claim to have paid off huge amounts of debt by ditching the traditional housing model and living in an RV instead.  Here are some of the key things to think about if you think you can save money RVing.

RV dwellers will need to find a place to park their home. The nightly cost to park an RV varies based on state and whether you choose privately owned RV parks or publicly owned lands. If you split your time evenly between the two, the average cost is about $29 a night, or for the sake of nice round numbers, $850 a month.

Your nightly campsite may or may not include water and electric. Sites with these amenities will cost more, but one would assume these utilities would be needed at least some of the time. The water tanks will need filling, and the waste tanks occasionally require emptying, but free of charge dump stations can be found relatively easily allowing campers to do both. Theoretically one could get by with no additional cost for utilities.

Insurance for your RV varies by state and type of RV. The average cost of full time RV insurance is $1500 per year.

By comparison the national average of homeowner’s insurance is $1445.

Motor homes are notoriously gas guzzlers. How much gasoline you will use really depends on your situation. If your RV is going to stay largely stationary while living in it you may not incur much of a gasoline bill. However, if you’re traveling while living in it, gasoline may be a significant addition to your budget. For large Rvs, it may cost hundreds of dollars just to fill your tank.

While the sticker price of an RV can be significantly less than a home, your loan term may be significantly shorter resulting in a monthly cost equal to or higher than the mortgage payment of a starter home or apartment rent especially when you factor in the nightly fee to park it.

While you may save on overall utilities, you may not save much if anything on insuring your RV versus a starter small home.

However, these numbers are mainly averages. If a person wanted to save money RVing it would take some work. One would have to get a great deal on an RV, find a great rate on insurance and find cheap parking places.

How about you, Clever Friends, do you have any experience with RVing?  Did you save money RVing vs living in a house or apartment?