Do You Waste Money On Cell Phone Upgrades? 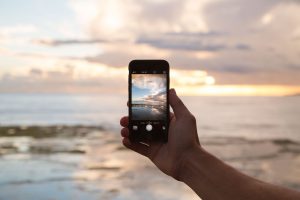 Think about the last time you upgraded your cell phone. Did you have to upgrade, or did you get caught up in the shiny glow of a new handset? If the upgrade happened out of pure consumerism, was it a conscious decision? There’s a big difference between shelling out your hard earned cash on a new toy and knowing it vs being made to think you need to upgrade your phone.

Cellphone salespeople will try to convince you an upgrade is a necessity.

I witnessed this over the weekend when my wife and I were in a retail outlet of our mobile carrier to resolve an issue my wife had with her phone. As she was talking to a representative, I overheard a conversation between another employee and customer who had brought his elderly father with him. He explained that his parents both had Galaxy S3’s, and it was time they upgraded their phones.

â€œGalaxy S3? Dude, how could you let your parents live like that?â€ said the representative.

Obviously it was supposed to be a joke and in good fun. Sort of. What came next was the expected hard sell of the brand new, top of the line Galaxy S7. As they talked about all the grand features of the phone, the representative also explained the latest in plan packages.

â€œThey don’t really need a data plan, as they don’t use their phones for accessing the internet,â€ said the son.

The employee went on to explain that all phones must have some sort of data plan, but all I could think of is how this guy was about to waste a ton of money. The upgraded phone would have increased processing power and more memory which would accommodate running bigger and more complicated aps. But, if the users don’t even access the internet with their phones, would they really care? It sounded as if the parents used their phones for…well, calling people. The son was upgrading his parents cell phones simply because, â€œit had been awhile.â€ In exchange for a monthly bill of about $60 for two years the man’s parents received brand new phones that for all practical purposes will work exactly the same as their old phones.

â€œIt’s been awhileâ€ does not make a phone upgrade a necessity.

What are some good reasons to upgrade your phone?

The customers I was eavesdropping on didn’t need to upgrade their phone. From the conversation I heard, their current phone were working just fine for them. They weren’t malfunctioning, and new phones wouldn’t add any value. Many people like technology and like to have the latest gadgets for entertainment purposes. If that’s you, and you can afford it, more power too you. But it didn’t sound like the man’s parents fall into that category either. They got shiny new phones, a monthly bill, and that’s really about it.

How about you Clever Friends? Have you ever upgraded your cell phone because â€œit’s been awhile?â€ Do you look into what improvements a new phone has before you buy it?