Do You Understand Your Medical Insurance Explanation Of Benefits Statements? 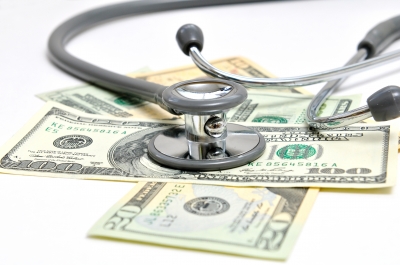 Image courtesy of Baitong333 at FreeDigitalPhotos.net

â€œWe gotta go to the doctor,â€ my wife said as she hung up the phone.

The phone call had been from my sister-in-law, who’s family had stayed with us the previous weekend, informing us that their daughter had head lice. We piled the family into the van and quickly drove to our primary care provider, making our way into the office just a few minutes before closing.

The doctor snapped on some rubber gloves and checked us over. We breathed a sigh of relief as she stated she didn’t find anything on us. She did give us a list of things we may want to do just in case we wanted to be extra cautious.

A few weeks later we received in the mail the explanation of benefits statement from our insurance company. I expected it to tell me that our trip to the doctor was covered 100% as a diagnostic office visit.

Instead, it showed a coinsurance due of about $22 for each family member.

I called the insurance company, and a very nice lady on the other end of the phone walked me through my explanation of benefits. She showed me the code assigned to our visit, and explained that it meant that we were treated by a physician’s assistant. She went on to tell me that she may be able to help me out. As long as the assistant was working under a physician, it should be coded as a visit to our primary physician, and covered at 100%.

She said she would call my primary care provider, discuss, and call me back by the end of the day. Nobody called me back.

My initial phone call was on a Friday morning, so I gave them until Monday afternoon to call back. When no call was received, I called them and was told my primary care provider simply hadn’t called them back, and they would be in touch.

The next day, my insurance company did call back just to re-iterate that they had not yet heard back from my primary care provider.

Admittedly, I got busy and forgot to follow up for awhile. A full two weeks later I called again, and was put on hold for quite a long time. When the representative came back, she informed me that they had just gotten a hold of my provider earlier that day and had successfully got the visit recoded. It would indeed be covered 100%. To be honest with you, given the amount of time I was on hold, I think they called up my provider while I was waiting.

It took four phone calls and several weeks to get it all straightened out, but I was relieved to finally have it resolved.

For years, I would just pay the medical, dental, or vision bill when it came in the mail. I wouldn’t check it over for accuracy, I’d just pay it. One would hope that they could get this correct as often as they do it, but apparently his whole coding incorrectly thing isn’t all that uncommon as I recently read a post about similar scenario over at The Money Beagle.

I wonder how many times I’d overpaid for heath care because the service was coded incorrectly.

Do you check over your explanation of benefits for each medical visit? Have you ever found a mistake?