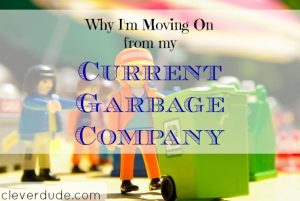 I honestly laughed out loud when I read the letter from my garbage disposal provider. They were writing to me to offer me a deal in which I would commit to continue to use their service for the next year, and in return they would not raise my rates for the same term. My wife asked me what I was laughing at, but I only chuckled louder as I read it again. 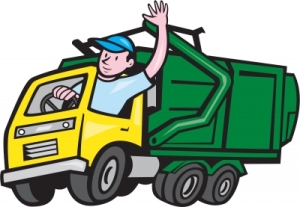 Image courtesy of vectorolie at FreeDigitalPhotos.net

This is not the first time they’ve extended this offer.

Previously they offered the same offer, except with a two year term. I jumped on the opportunity by signing the paperwork and sending it back immediately. What wasn’t to like about the offer? At a time when prices for seemingly everything were going up, having the assurance that my garbage bill would stay constant for two years seemed like the right choice. It would have been great, had my bill actually stayed the same.

My garbage bill has risen 30% over the last two years.


I can sense the puzzled look on your face. You’re wondering, â€œIf they committed to not increasing your rates for two years, how did your bill go up?â€ That’s a great question, and one that deserves an answer. I called them at one point to get that very answer.

They directed my attention to the line on my bill that said â€œ60 Gallon Refuse Disposal.â€ The amount listed was the same as it had been when I entered into the two year contract. What had changed was the addition of new surcharges, and the increasing of existing ones. That didn’t matter to them, as they kept repeating that the fee charged for the base service had not changed.

You have to admire their creativity.

After I hung up the phone, I vowed to change my garbage pickup provider as soon as my contract was over. Unfortunately, I had forgotten about the incident. Until, that is, they so graciously reminded me that my contract had expired with their most recent letter. I ripped up their letter with one last giggle, and wrote â€œFind new garbage service,â€ on my to-do list.

I don’t think my budget can handle another year of their rates staying the same.