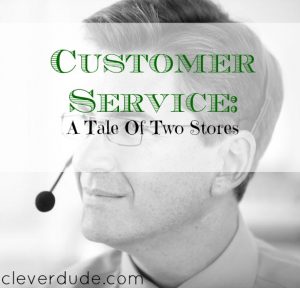 I want to play a game with you today. I’m a big proponent of voting with my spending dollars. If a business treats me right, I keep spending my money there. If they treat me badly, I take my money elsewhere. I’m going to tell you two real experiences of mine, gradually revealing more detail, and I want you to see how fast you can determine which store will get my business again, and which one won’t. 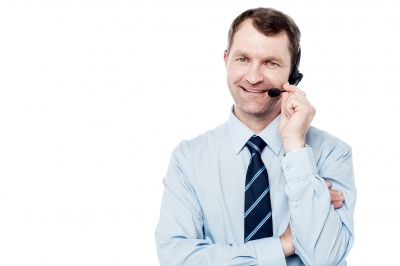 My family and I went to the official AT&T store to investigate upgrading our phones. When we’ve walked in this exact store in the past, an army of people in blue shirts would rush to us asking if they could help us, or telling us they would be right with us. Today, there were very few employes in the store, but there was a large number of customers. One person did state to us from across the store that someone would be right with us.

My son wanted a back sack, and he found one he liked at Champs. Unfortunately, they didn’t have the one he picked out in stock. At the suggestion of the employee, he paid for the item to be shipped to our home. Two days later we received a phone call from Champs stating that the back sack my son ordered was no longer available, and that we should take our receipt back to the store for a refund.

What do you think, clever friends, do you have any idea which one of these stores is going to continue getting my business? Read on and see if you guessed correct.

We roamed around the store for quite awhile looking at different phone models, and comparing phone and plan prices. None of the employees in the store said anything to us for quite some time.

I walked into the store, and approached an employee standing in the middle of the store. He acknowledged me with a nod of his head before I explained to him the full story of why I was there. When I was done, he pointed at another employee behind the counter and said I needed to talk to him. I retold my entire story to the second person, who without a word took my receipt and called whomever he needed to call at a corporate level to do the return.

How about now, has your guess changed? One more piece of information should make it pretty clear.

Eventually the manager approached us and apologized profusely for not getting to us sooner. He said that the store was extremely short staffed, and that the wait to talk to someone was probably 3 hours. He apologized again, saying he was embarrassed to be in this position, and that he really wanted our business but he wanted us to be aware of the situation so that we did not waste our time. He suggested that if we could wait until the next day the store would be fully staffed, but he wouldn’t blame us for walking out the door and going somewhere else.

The employee behind the register said, without ever making eye contact, that he just needed approval to do the return. After what seemed like an eternity, he finally got someone on the line and completed the transaction. He didn’t suggest a different product, he didn’t apologize, he just handed me my refund and watched me walk away.

Things happen in business. Sometimes people call in sick, and a store is short staffed at the worst possible time. Sometimes a retail business has it’s inventory system hit a glitch and let you order a product that is no longer available to be purchased. What happens next, however, can mean the difference between a customer returning or not.

The manager at the AT&T store was genuine and sincere. He knew that we were inconvenienced and felt really bad about it. The employees at Champs simply treated me as another item to check of the todo list before they got to go home that afternoon.

I’ll go back to the AT&T store again when we have time to continue our phone upgrade investigation, but I’ll never see the inside of a Champs store again.

Do you have a store you will not visit again? How do you vote with your spending dollars?