Can Your HSA Contribution Amount Be Changed During The Year? 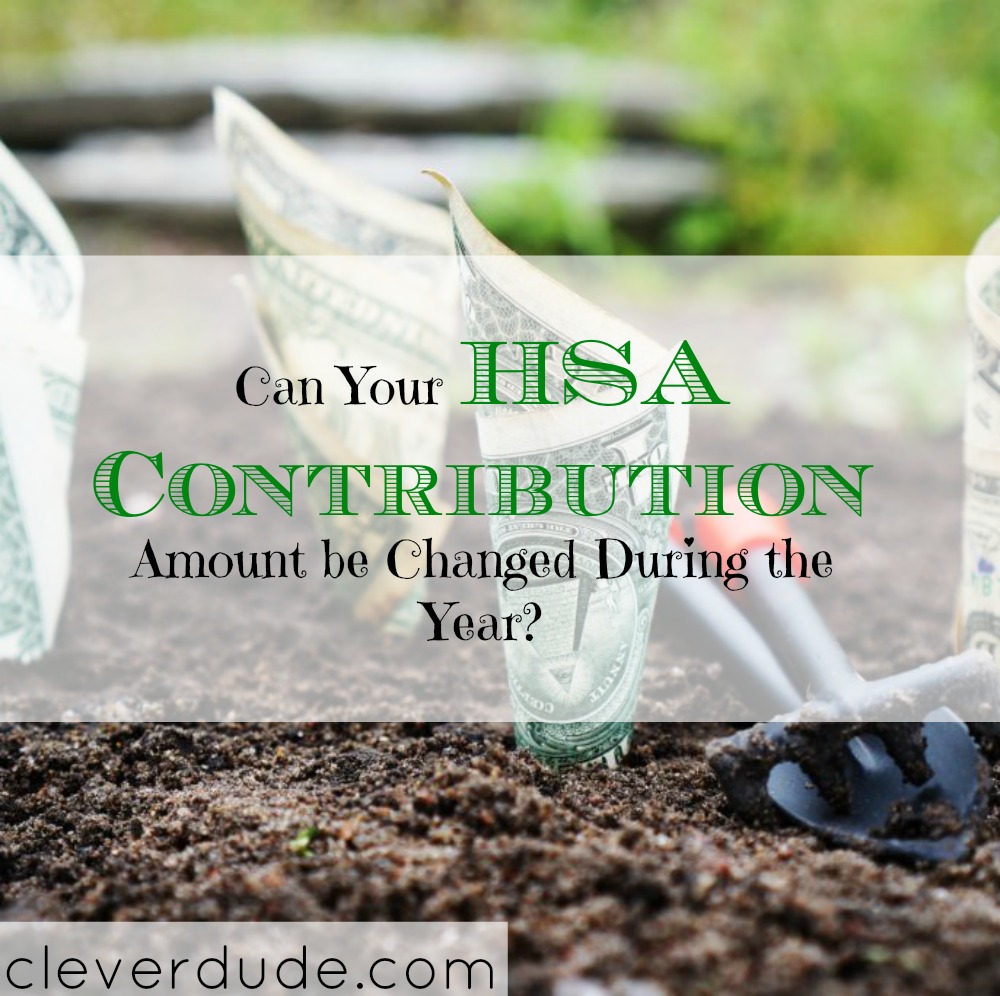 Life doesn’t usually give the courtesy of telling you when it’s about to change drastically. It doesn’t provide a crystal ball. If it did, that ball certainly would come in handy late in the year during the medical insurance enrollment period when we pick our medical coverage and set our health savings account (HSA) contribution amount for the following year. While you likely can’t switch your medical plan, you have a little more wiggle room when it comes to your HSA contributions.

We’ve had an HSA for a couple of years now, and each year I set the contribution amount based on how much we spent the year prior to medical costs. I tend to not count the contributions made by my employer, using those funds for future growth opportunity. We’re not even halfway into the year, and it’s painfully obvious that we are spending much more on medical bills this year than any other previous year. Being able to use pre-tax funds from our HSA is great, but we’re getting to the point where those funds are getting very low. Originally I thought I was stuck with my contribution amount and would probably have to pay out of pocket towards the end of the year. As it turns out, I have other options.

Can You Increase Your HSA Contributions?

Yes, you can! You’ll need to check with the administrator of your HSA to find out exactly how to do it, but regulations allow you to change your HSA contribution level at any time during the calendar year.

Whether your setting your HSA contribution level initially for the following year or changing it for the current year be aware the maximum HSA contribution amount is $3,400 for singles and $6,750 for families for the 2017 calendar year.

It’s next to impossible to make decisions that will stand up in the face of life for an entire year. Which is why setting the contribution level for your HSA in October for the entire following calendar year is extremely difficult. Luckily, you can change your HSA contributions, while being wary of the contribution maximum, to help take care of unexpectedly high medical costs.

Have you ever had to change your HSA contribution amount during the year? Was it difficult?