Can K-Cups Be Used More Than Once? 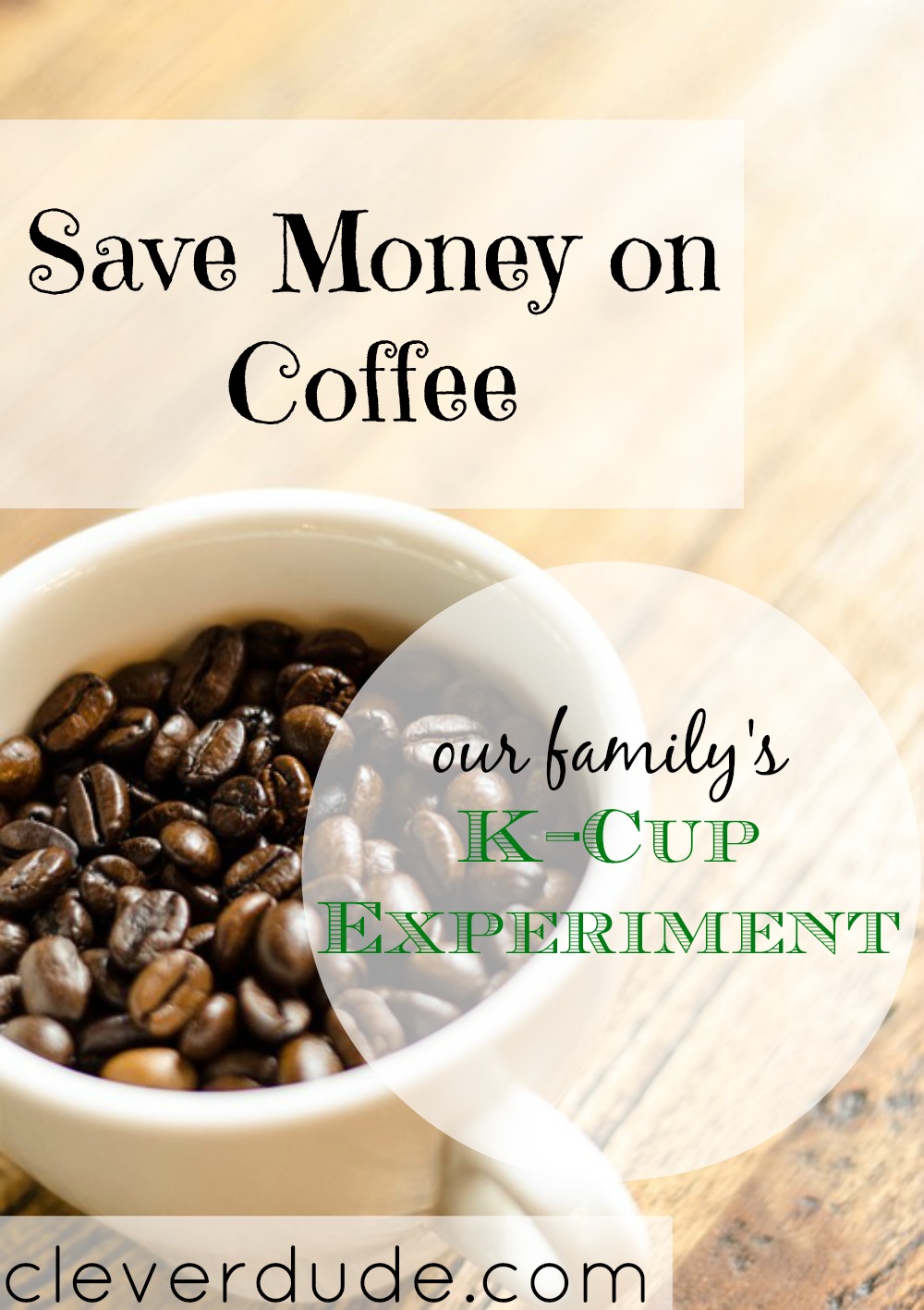 My wife is a coffee drinker, however I am not. Its a strange phenomenon as I love the smell of freshly brewed coffee, but I cannot stand the taste. Even more strange is the fact that coffee tastes almost exactly how it smells. Despite my lack of love for coffee, I commonly make my wife a cup using her beloved Keurig single cup coffee maker before she comes downstairs in the morning. I know that she prefers her coffee with one cream and one packet of sugar.

Through the years of this routine I’ve asked myself countless times why we use the K-cups that hold the coffee grounds only once. A package of K-cups will cost between $7 and $13 depending upon brand and flavor, so while its not a budget breaker, the morning coffee does account for a sizable portion of our weekly grocery budget.

So I decided to do a blind experiment.

I had previously performed a store brand vs brand name blind taste test (in which my wife couldn’t tell the difference), but this time I wanted to have her try a cup made with a brand new K-cup vs a cup of brew made using a second hand K-cup.

Without telling her what I was doing, I made the two cups of coffee putting them in the same style of cup. To each cup of GO juice I added one packet of sugar, and one French vanilla creamer. I stirred both vigorously and told my wife to close her eyes.  She tasted the first one, then the second and said, Yup, you can use them twice.

Apparently she was on to my experiment.

Use K-Cups Twice – You Can’t Tell the Difference!

She took both cups of coffee and sat down on the couch, taking sips between the two. She reiterated, Nope, I can’t tell the difference.  The fact that she seemed to be on to my experiment, and the fact that she continued to take alternating sips seemed to imply that she was trying to convince herself one way or another. But the conclusion is, even if there was a difference it would seem to be quite small.

K-Cups Are a Lot Cheaper than Starbucks Store Prices.

In any event, if you are going to re-use your K-cups, consider getting inexpensive good quality coffee to start with.  At least this way your second cup of coffee will still taste good.  A favorite is the San Francisco Bay OneCup, Fog Chaser

– which ranks number 2 in sales on Amazon.com.

Pretty much if you get your own K-cup coffee, you are getting 5 K-cups for the price of a single cup at a Starbucks store, ten if you reuse the K-cup grounds. That is pretty much an unbeatable deal

when you compare it Starbucks store prices.

Maybe reusing a K-cup is frugality gone a bit too extreme, or maybe it’s breaking through the barrier setup by the Keurig marketing department saying we should only use them only once to maximize their sales. However the economics of it are pretty compelling