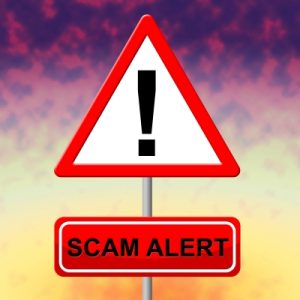 Good customer service, integrity and transparency in dealing with customers are important to me. If a company treats me right, they get my loyalty and my continued business. AT&T has been our mobile phone carrier for a little over two years now and I’ve been generally happy with the experience. Unfortunately, something this weekend made me question whether AT&T deserve my loyalty.

Late last year, we had consumed nearly our entire mobile phone data plan with almost two weeks left in the billing period. Instead of paying $15 per extra GB of data, I called AT&T to utilize my trick of bumping up to the 15GB data plan just for that month. The customer service representative told me about a promotion they were running in which I could permanently double my data plan to 30GB per month and pay only the 15GB data plan. It sounded good, but I wasn’t sure if it would be a wise use of an extra $30 a month since the 10GB plan usually worked find for us. The representative said that the promotion only ran through the end of the month, thus putting a little extra sales pressure on my decision. Reasoning with myself, I figured that as more and more content becomes HD it only makes sense that our data usage would go up in the future. I pulled the trigger and signed up.

Fast forward to this weekend.

I was reviewing some information online about my account, when I happened to notice that they were still advertising the promotional 30GB data plan for the 15GB data plan price. Since it had been weeks since upgrading my plan, I started an online chat with a representative.

What she told me had me shaking my head.

Thinking back to my original conversation with the AT&T representative, I can’t help but feel like he just flat out lied to me. The promotion did NOT end at the end of the month. Furthermore, I feel the online documentation is misleading. The words a limited time only lead customers to believe that they need to act quickly, or they will lose an opportunity. The fact of the matter is, the current prices will remain in place until AT&T decides to change them. That could be tomorrow, next week, or even next year. When they do decide to change it, they have no idea what it will change to (or at least will not divulge that information).

This stinks of deceptive business practices for the purposes of forcing customers to move to a larger, more expensive data plan. This kind of customer care does not lend itself to gaining my trust, loyalty, or continued business.

AT&T, I’m watching you. I’ve got one eye on you, and the other looking for a better deal elsewhere.