A Clever Use For My Free Android Tablet! 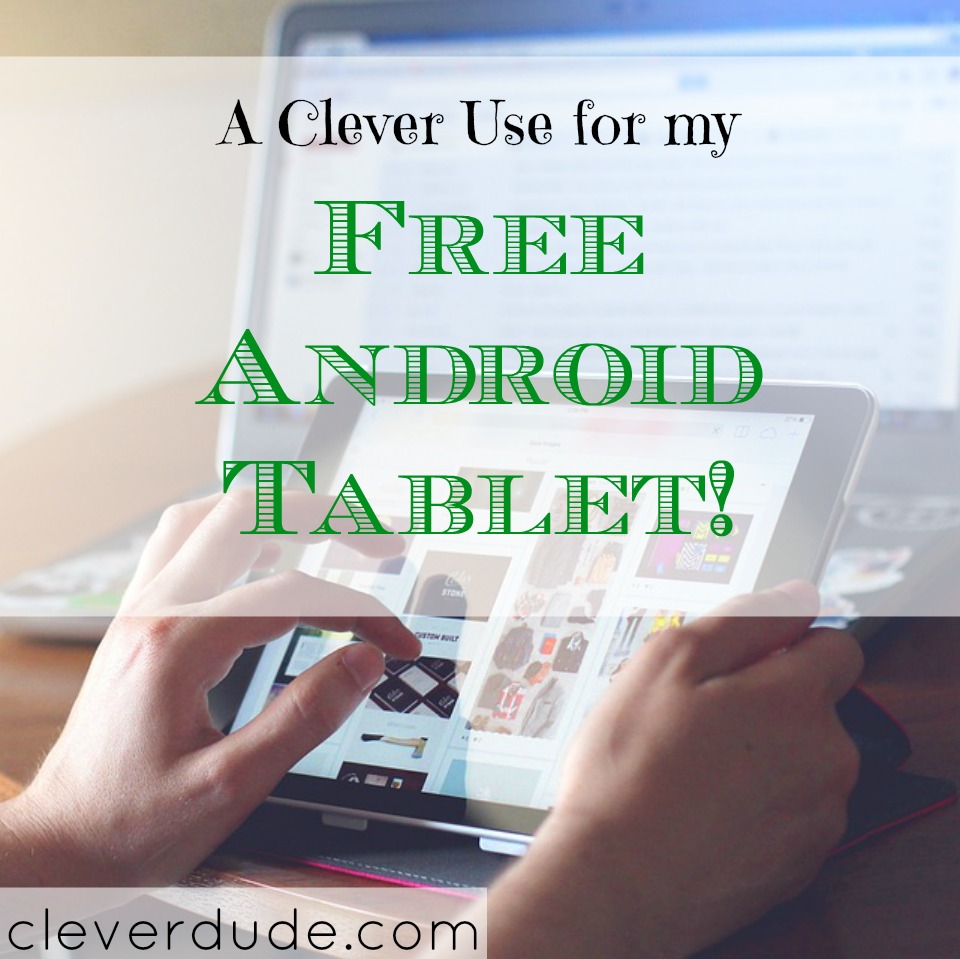 When my wife upgraded her cell phone, I was offered a free Android tablet with the stipulation that I agree to pay the line usage fee ($10 a month) to add it to our data plan for 2 years. We had an iPad, but it’s use is dominated by my wife. I thought it would be nice to have my own tablet, and to get it for free seemed like a great deal. Unfortunately, it hasn’t turned out quite as I had expected.

I hardly ever use my free Android tablet.

I had thought that the larger screen would make it easier to check my email, or search the internet when I wasn’t near my laptop. The reality is, I can do these tasks from my phone, and carrying two devices around is inconvenient.

My Android tablet spends most of it’s time on the kitchen counter plugged into the wall.

I may have finally found a niche for my android tablet on our cross country drive to Florida. I brought it along just because I felt like I was neglecting it. My wife pulled up Google Maps on her Ipad and plugged in our destination. This left her phone free to make phone calls. But then she wanted to look up things on the internet while on the phone, and found it inconvenient to try to surf the internet while needing Google Maps active for navigation.

We used my Android tablet exclusively for a navigation system.

With Google Maps constantly active on my Android tablet, it freed up our other devices for phone calls and internet surfing. Since it is in a folding case, we were able to actually stand it up on retractable cup holder on the dashboard and easily see it from both front seats.

I was excited that I found a use for my Android tablet, but it still may not have been worth the cost. Over the course of two years, I’ll pay $240 in data access fees. If I use it solely as a navigation system, it wouldn’t have been worth it as we wouldn’t use it that often. But at least I know I got SOME use out of the thing.

I know that AT&T is still offering the same deal of a free tablet with a 2 year activation contract. If you do a lot of traveling, and your car doesn’t have a navigation system, it may just be a good deal for you.

Do you have a tablet that you don’t use as much as you thought you would?