7 Things You NEED To Know When Changing A Garbage Disposal 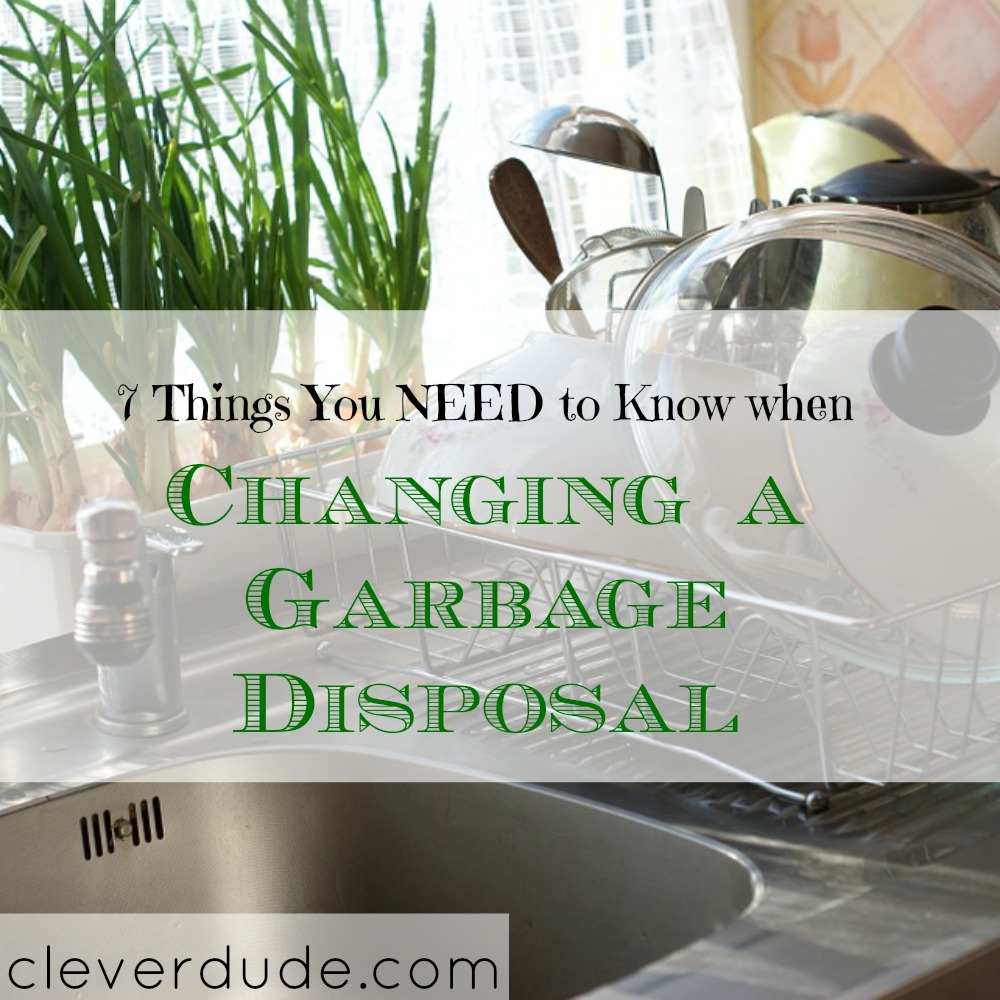 Whenever something breaks around the house, I can feel cash just flying out of my wallet. Paying someone with the knowledge to fix a specific appliance or object in a home can cost close to $100 an hour. But when my garbage disposal broke, I knew I was going to be able to replace it myself. It didn’t look that complicated and I knew I had a reference with experience as my neighbor just replaced his.

I was doing dishes, and simply putting some small food scraps from dinner down the disposal when it started making a loud clunking noise. I turned it off, and carefully reached down the drain and extracted two metal pieces. Upon closer inspection, it looked like the rotating disk inside the disposal corroded and two pieces just broke off.

I headed to a local hardware store and picked up a new disposal and installed it myself. Going through the process, I learned a few things that I’d like to pass along to you, my clever friends, in case you ever find yourself replacing your garbage disposal.

Many people read the directions as they go along. I suggest reading the directions that come with your new unit before starting. They’re not that long, and it helps you get a full grasp of what you’ll be doing.

The new disposal will come basically assembled, but you’ll have to take it apart to install it. Take pictures of how it’s put together for later reference. Also, taking pictures of the current installation may come in useful as well.

You might try to save yourself some time by not removing the items under your sink. This will be a mistake. I found myself on my back all the way in the cabinet removing and installing screws.

You Need A Flat Tub

You’ll be removing some plumbing, and there WILL be some water in it. It may be a lot, it may be a little, but the flat tub will catch the water saving you some cleanup. I used a large, shallow plastic container.

Plumber’s putty is used to help hold things together and to prevent water leaks. You might be tempted to install the disposal without it, but if you spring for the $2 tub of putty ahead of time you can prevent having to take everything apart later when water starts leaking.

You need a Screwdriver

You’ll likely need both a flat head and Phillips head screwdriver. Get them ready before you start so you don’t have to go hunting for it later.

Don’t Be Afraid To Replace Everything

Many garbage disposals have the same mounting hardware. You might be able to just unscrew a few screws, remove the old unit, plug in the new unit and tighten it back in. Looks can be deceiving, however. I thought I was going to be able to go that route, but I couldn’t get it to fit right. Almost immediately I just decided to install the new mount and I was glad I did. When I removed the old mount and compared it to the new one, it was obvious they weren’t the same.

Sharing information between friends, neighbors or even a blog community is a great way to help save each other money. Many DIY projects around the home isn’t a matter of having a special skill, it’s simply a matter of knowledge and experience.

How about you, Clever Friends, have you ever replaced your garbage disposal?