Why is Online Poker Illegal in the US 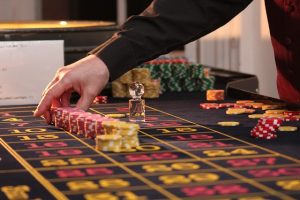 US gambling laws have undergone some revisions regarding how they are applied to online poker, changing the legal landscape in a positive way for poker fans.

Why Is Online Poker Illegal In The US?

Online poker, while widely popular and lucrative, resides in a complex legal maze that requires some finesse to navigate. In order to understand the nuances involved, it would help to have a good overview on US gambling laws. US based online poker was kept at bay for many years through the Federal Wire Act, which was interpreted to apply to any type of domestic online gambling entertainment.  These circumstances gave rise to legally licensed offshore poker sites that accept US players. Revised interpretations regarding the application of the Federal Wire Act allows individual states the option of deciding whether or not they want to host regulated online poker, however very few have capitalized on this opportunity.

The heyday of online poker in the US was in the early 2000s when the technological advancements were paced far ahead of regulatory oversight. The US gambling market was ripe for investment, and numerous licensed offshore poker rooms set their sites on American poker players.  This provided a large range of poker sites for US poker buffs to participate at.  Things changed in 2006 when President George Bush signed the Unlawful Internet Gambling Enforcement Act (UIGEA).

The UIGEA bill prohibits financial institutions from progressing gambling related transactions via the Internet. This law forced many online poker providers to shut down their US-facing sites due to a blowup of USA friendly deposit methods. Some large companies like PokerStars, Full Tilt Poker and Absolute Poker continued to do business with American players as it took some time for the ramifications of the law to be implemented. In fact, the final regulations brought on by the UIGEA did not go into effect until late 2009. There were efforts to draft pro-poker legislation for some states, but not before the entire poker world was rocked on April 15, 2011.

On what would become known as Black Friday, the US Department of Justice issued indictments against financial institutions and online poker groups like PokerStars, Full Tilt Poker Absolute Poker. Charges included UIGEA violations, bank fraud, money laundering and illegal gambling. Bank accounts and domain names were seized as a result and the sites immediately stopped accepting US players. Each site continued to do business with other countries.

In the wake of Black Friday, the future of online poker seemed unclear. The DOJ issued a Formal Opinion that the Federal Wire Act only applied to sports betting, leaving the decision to host online casinos and poker up to each individual state. American players had online poker access through licensed offshore sites, but it was not until 2013 that the US saw US-based online poker emerge through Nevada, Delaware and New Jersey. Ultimate Poker and World Series Of Poker launched sites along with several other small companies. PokerStars made its US comeback in March 2016 through New Jersey and the state has been profiting off the regulated site ever since.

The UIGEA targets financial institutions, not individual players. While US-based online poker is illegal in most states, US players do have some legally sanctioned options available through legitimately licensed and regulated offshore destinations. It is likely that more states will push for regulated online poker, but it takes time for legislation to pass and be implemented.  We anticipate more states will get on board with this type of gambling entertainment within the next few years.