Which is Cheaper: Keg or Canned Beer? 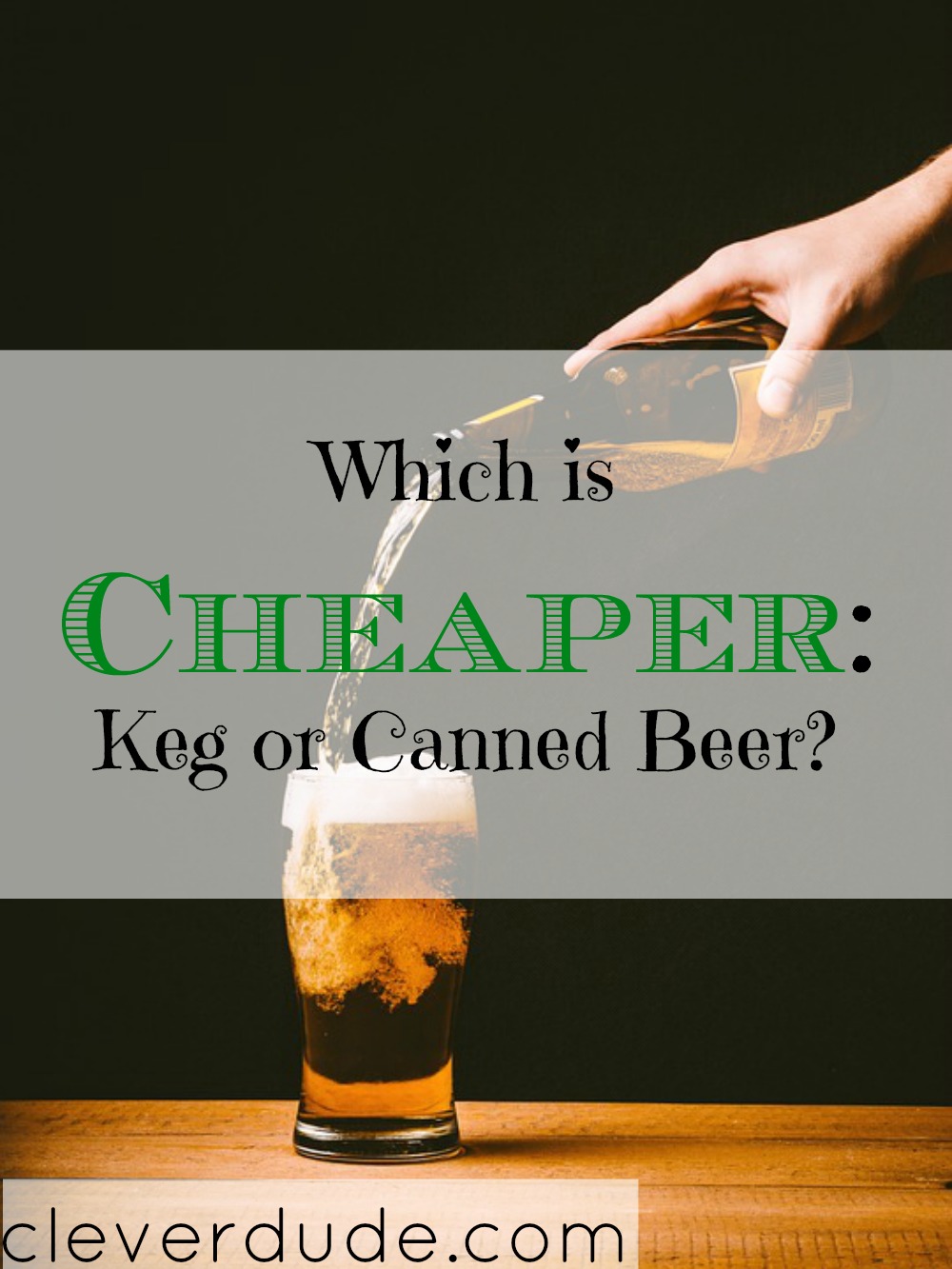 My wife and I throw a party every Memorial Day weekend. We supply our guests choices of soft and alcoholic beverages including beer. During party planning each year my wife and I discuss whether to buy cases of canned beer or a keg. The perception is getting a keg is similar to buying in bulk, therefore it’s cheaper. But is keg or canned beer cheaper?

I decided to breakdown the math and compare the cost of a keg of domestic light beer to buying the same beer in cans.

Note: Prices may vary by location. since I have to keep the cans of beer cold as well. If we assume using the same amount of ice, and that we’d need 7 cases of beer (it’s actually 7.1 cases) to equal the keg, our cost for canned beer looks like this:

A 16 gallon contains 170 twelve ounce servings, which may be more than you need for your gathering. An alternative is an 8 gallon keg. Unfortunately, even though an 8 gallon keg is half the size of it’s 16 gallon counterpart, it is not half the cost. While a 16 gallon keg of domestic light beer costs $110, the 8 gallon version will set you back $80. Assuming you’d need to buy the same package of cups, but only half the ice the cost break down is as follows:

If you go the route of having a keg, a refundable deposit may be required for the tap as well as the keg which could total $150. If you have left over beer, it will need to be consumed quickly or you will incur additional cost to keep it cold.  Eventually the beer will also go flat.  However it’s a neat feature to have a party with a keg as a conversation piece adding to the overall party atmosphere.

If you buy canned beer the left overs can easily be stored for later use.  However, you will need coolers or a large container of some sort to fill with ice to keep it cold.

The cost of having a 16 gallon keg is actually slightly more than canned beer if you can find it on sale. Buying an 8 gallon keg is much more expensive. Given the perception that buying in bulk is usually cheaper, this was a surprise.

The bottom line is, the cost of having keg beer isn’t the money saver you might have thought. Whether you buy keg or canned beer for your large gathering will come down to convenience, taste, and personal preference.