Vaping – How does it Look to Your Insurance Company? 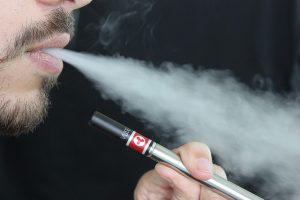 Smokers often face certain difficulties in everyday life. One of those is buying insurance. However, some smokers will try to quit for their health. To make this process easier, they will try to use vaping as a way to quit the dirty habit. Will their insurance companies appreciate their efforts? Letâ€™s investigate this further.

How Does Smoking Look to an Insurance Company?

Quitting smoking can be tough. Nicotine is one of the most addictive chemicals out there. As a result, once you fall in, climbing out can be an arduous journey. Smokers often face some difficulties in everyday life. For example, there are many smoking bans in public spaces like restaurants and pubs. Another example is that they suffer heavy penalties when trying to buy insurance.

Is Vaping Better Than Smoking?

Some experts have reported that vaping is 95% less harmful to smoking. Even more, another report says roughly half the vapers in the UK have stopped smoking. About a third of the remaining are vaping in an attempt to quit.

The journal Annals of Internal Medicine did a study. First, they analyzed saliva and urine samples from a long-term e-cigarette and NRT users as well as smokers. Then, they compared levels of key chemicals found in their bodies. As a result, it found that vapers had significantly lower levels of toxic chemicals and carcinogens. This is when you compare them to those who smoked tobacco cigarettes.

Of course, the best thing is to quit smoking completely. However, if you must, vaping has the potential to help you quit. So that should make the insurance companies happy, right?

How do Insurance Companies see Vaping?

When one is vaping, he is using a vape pen. There are three factors that make insurance companies feel uneasy.

They are a relatively new thing.

They did not become very popular until their introduction in about 2007. This is in spite of the fact that it has been around since the 60s. As with most gadgets, they mostly originate in China. Also, because of their newness, they do not have the solid scientific base. Sure there some studies. However, it is not enough to say that they are an effective smoke quitting tool. As a result, it is not enough to convince the companies to underwrite vapes. Furthermore, many health providers still have concerns about the effects of long-term vaping.

Vaping advocates will try their best to list the reasons why their favorite mods are great to help people quit. Also, they will say that some e-liquids contain no nicotine at all. This is on top of the argument that vapers donâ€™t take in as many toxins as smokers. Their opponents can just say that vaping is just a gateway drug. It is because of this that can lead them to try the heavier stuff.

Many of the regulators of food and drugs are still trying to figure out how to deal with e-cigs. By getting this done, they can figure out how to tax the vapes and the vaping supplies. At the same time, Medicare and Medicaid services are trying to figure the laws regarding them. It would be a good idea to know what are their legal definitions under the Affordable Care Act.

So Vaping is Different From Smoking, Right?

Well, hold your horses. Not quite. Vaping advocates are quite disappointed to find out that to the insurer’s vapers are not different from smokers. They face the same discrimination regarding premium rates and ability to have better policies.

The devil is in the details. When you are filling out your application, you will come to a question about smoking. You will most likely answer â€œNOâ€ when asked if you smoke. However, they will ask you to do a bodily fluid test. When they find that there are traces of nicotine in the results, they will punish you for lying on the application. On the other hand, they might deny you coverage. You are almost better off answering â€œYES.â€ There are very few companies who recognize e-cigs. For example one of them is Prudential. However, most insurers will treat e-cigs and gums the same as regular cigarettes.

You might ask, why do they think that that? Insurers are cautious about tobacco or products delivering nicotine, partly because if the applicant still consumes nicotine anyway, then they never really quit the habit. Furthermore, the chances are high that they will have a relapse and will start smoking again. Some companies don’t count you as a non-smoker until you are at least one year out from your habit. It happens when you don’t have any nicotine in your system.

The main problem all along is the lack of longitudinal study data about vaping. There simply isn’t enough data out there about the long-term effects of e-cigs. You have to understand that insurance is a business, not a charity. When you involve a vast amount of money, people become increasingly conservative. No matter, how much you are trying to lead a healthy lifestyle, they just want to be sure.

How Should I Report my Vaping Habits to the Insurance Company?

The best thing to do is, to tell the truth. The best is not to lie about your habits. Even if you can beat their tests, your past always has a way of catching up with you. At some point, you will need to tell the insurance company about your past. Anyway, lying on the insurance application can have a range of consequences. Best case scenario, they tear it up and deny you coverage. Worst case, you end up in jail because your lie can be a form of fraud and insurance fraud is a crime. Therefore, you are better off admitting it in the beginning. If they find out later, the penalty is almost always going to be severe.

Despite this discouraging news, the vaping community should not be disappointed. Scientists are conducting new studies all the time. Anyway, you are doing something good for your body. Remember, you are not alone. The community is getting bigger all the time. As the number of potential customers grows to some threshold, the insurance companies will come around.

Are you or a loved one using vapes as a way to limit your drug abuse? If so, seek help ASAP. There are trusted drug rehab centers in Bellevue, Washington that are ready to help you get clean.