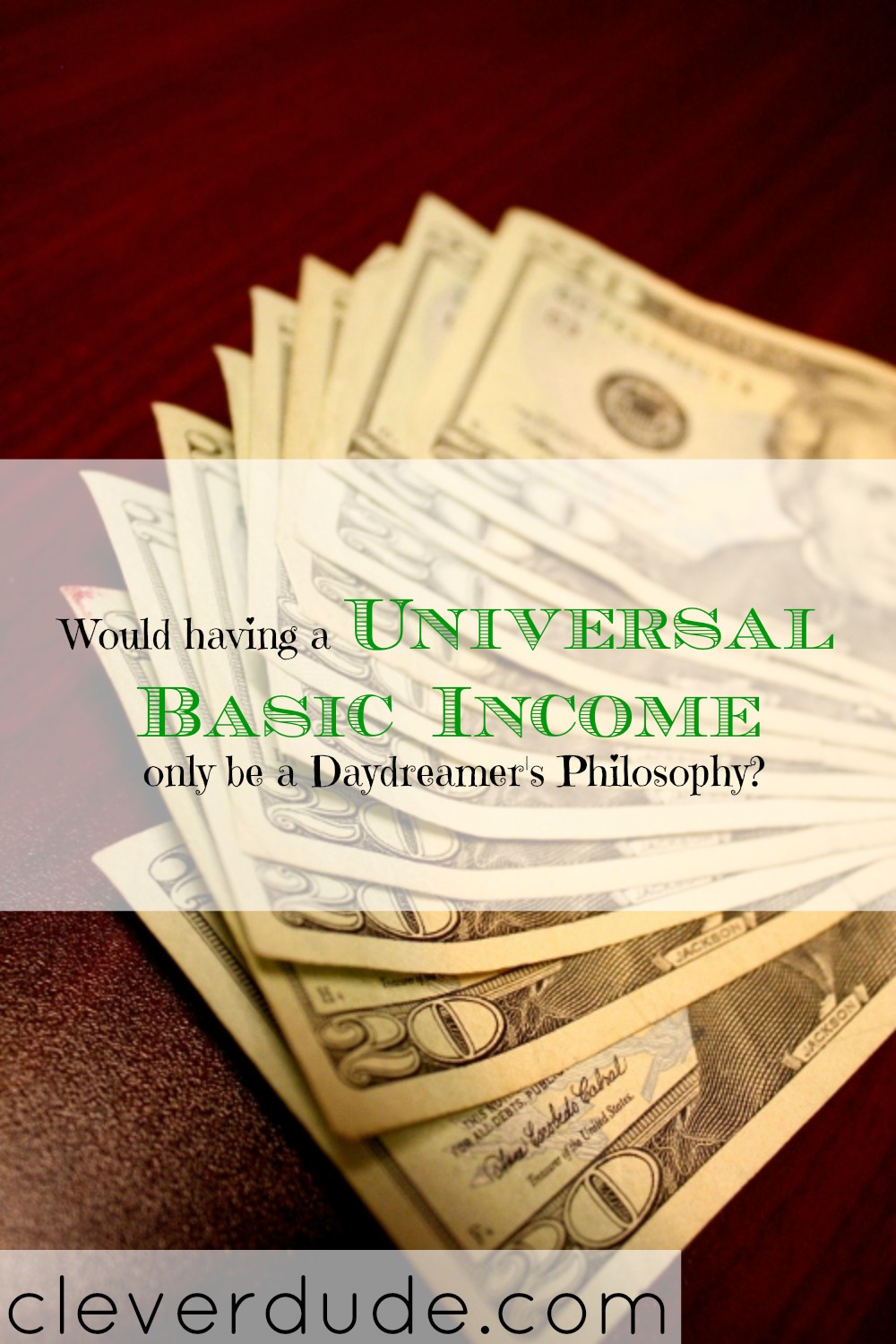 While it may seem a new concept, Thomas More mooted Universal Basic Income in 1516, while enlightened thinkers and humanists from John Stuart Mill through to Bertrand Russell were keen proponents of the philosophy.

Arguably, the failure to eradicate poverty is one of the greatest failings of humanity. Even worse is the lack of genuine political will to resolve the problem but there are signs that the situation is changing.

In the United Kingdom alone, the focus on the Living Wage is a starting point. Set at a level which is designed to lift the employee out of poverty, it has been encouraging that a growing number of global companies are adopting the Living Wage as a matter of policy.

The next step is Universal Basic Income. It is the anathema of capitalism; state intervention in the life of the individual, a step further than the benefits system is intended to travel. Payable to everyone irrespective of wealth, UBI is a step toward the end goal of eradicating poverty. Controlling prices, the second string of that process, is an entirely different and independent argument.

Here we look at five aspects of life which Universal Basic Income addresses.

Elon Muskâ€™s point is vital to the implementation of UBI. Data collated by Betway Insider already highlights that there is a less than 1 in 10 chance of your job being taken over by a robot. The changes are already happening in manufacturing; how long before the technology spreads further?
A 2013 report highlighted that 47% of US jobs are at risk of being replaced by automation, particularly in the leisure, manufacturing and retail industries. With more tasks being taken on by robots and computer systems, income per capita will drop. In those situations, the retail sector will be hit particularly hard with consumers having less money to spend.

Equally, the state will need to intervene to replace incomes. UBI fulfills that function without the burden of a benefits system being overhauled or introduced.

Stripped of work, the individualâ€™s dignity will suffer. Feeling devalued and lacking self-worth, the health services of the country will become stretched as mental health professionals are put under increasing pressure.

With Universal Basic Income monetary worries diminish and as such, some of the feelings of self-worth do not surface. Not all the issues will be resolved but knowing that the pressure of money is relieved helps the situation.

While the amount received is not designed to make anyone rich, it is there to improve the quality of life enjoyed.

How often has a lack of funding sapped the entrepreneurial instinct? Universal Basic Income is a backstop which may encourage individuals to take the plunge and start their own business. Having a regular sum of money paid into the bank account eases the pressure for new start-ups as cash to survive on is received.

With automation encroaching onto the job market, this spirit is a way to ensure a prosperous society. The dynamic of the marketplace changes with more entrants. Thereâ€™s no guarantee of success but the individual has one less regret impinging on their lives.

While state costs rise, the costs are mitigated by a reduction in the cost of the benefits system. Universal Basic Income requires that the benefits reduce, permitting a streamlining of the operational levels, simplifying a complex matrix and system.
One core vulnerability to fraud is the myriad of benefits available. Universal Basic Income reduces the necessity for benefits so the scales of costs and savings while not balancing, are more in kilter.

While one can never overlook the Human Rights aspects of a nation â€“ Amnesty International has concerns about human rights violations â€“ Bhutan has got at least one thing right: measuring Gross National Happiness.

While more strident critics consider the philosophy a propaganda tool aimed at distracting attention away from these issues, King of Bhutan in 1979, Jigme Singye Wangchuck, coined the phrase. “We do not believe in Gross National Product. Gross National Happiness is more importantâ€, he declared.

There are four tenets upon which the philosophy is founded:

Universal Basic Income deals with the first tenet; itâ€™s a big box to be ticked. At this juncture in its history, mankind is becoming healthier despite finding different ways to kill ourselves. Happiness is no longer a cigar called Hamlet; time is precious and the work/life balance under more pressure than previously.

A UBI will change that. Relinquishing second jobs helps families find a better balance, a way to enjoy life more. With more free time, we should be less materialistic and stop obsessing over debt levels on a global and personal level.

But at its core, should we be looking at the concept as a means of improving our society and reducing the hate which is becoming more prevalent in the modern world? Some countries â€“ Netherlands and Finland among them â€“ are already piloting schemes for a basic income as a key plank of achieving this.

The success of these pilot schemes will shape public thinking and contribute to making the world a better place.