The Things We Do To Save Money 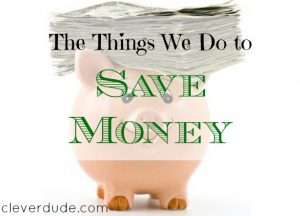 People do some crazy things to save money. I’ve never thought of one of those people. But my perception of myself may have to change after this past weekend.

On Friday night I mentioned to my wife that the next morning I was going to brave the craziness of the mall on the weekend before Christmas to pick up one of the very few gifts that I wasn’t able to purchase online. Somehow, my wife talked me into stopping at Bath and Body Works to pick up some items she wanted, stating she had a coupon that was about to expire.

She handed me a flyer we had received in the mail with two coupons. One was still valid, and one had expired. I pulled off the two coupons throwing one in the trash. My plan was to enter the mall as it opened at 10:00am, hit JC Penny’s to get my wife’s perfume, sprint over to Bath and Body and get out as quickly as possible. I put my battle gear, er, I mean my wallet, keys, and coupon on the kitchen counter and went to bed.

The next morning, as I was preparing to leave, I noticed that the coupon resting on the counter had an expiration date of December 15th. I had thrown away the wrong coupon, with the valid coupon now somewhere in the abyss of greasy paper towels, empty packages, and paper plates with ketchup stuck to the surface. 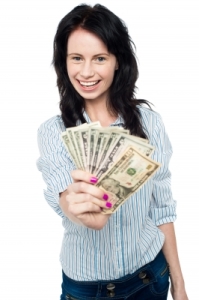 I thought for a hot second about not digging through the trash to find it. But the coupon was a â€œGet An Item For Freeâ€ deal, worth up to $13. I couldn’t let a little ketchup stop me from finding that little pink piece of cardboard worth $13. I got a second garbage bag and took the items out of the trash one by one. It was cold, wet, and smelled bad. Eventually, I found the coupon settled at the bottom of the bin. I took it out, wiped it off, and put it in my pocket. At the mall, I purchased a candle, and got a bottle of lotion for free.

It may have been a bit messy, but sifting through the trash to find the coupon was a no brainer. I knew the coupon was in there, and I knew that the effort needed would be well worth getting the lotion for free.

I will, however, be more careful inspecting the expiration dates next time.

What’s the craziest thing you’ve ever done to save money?