Teens And Money: Should Teens Work When They’re In Sports? 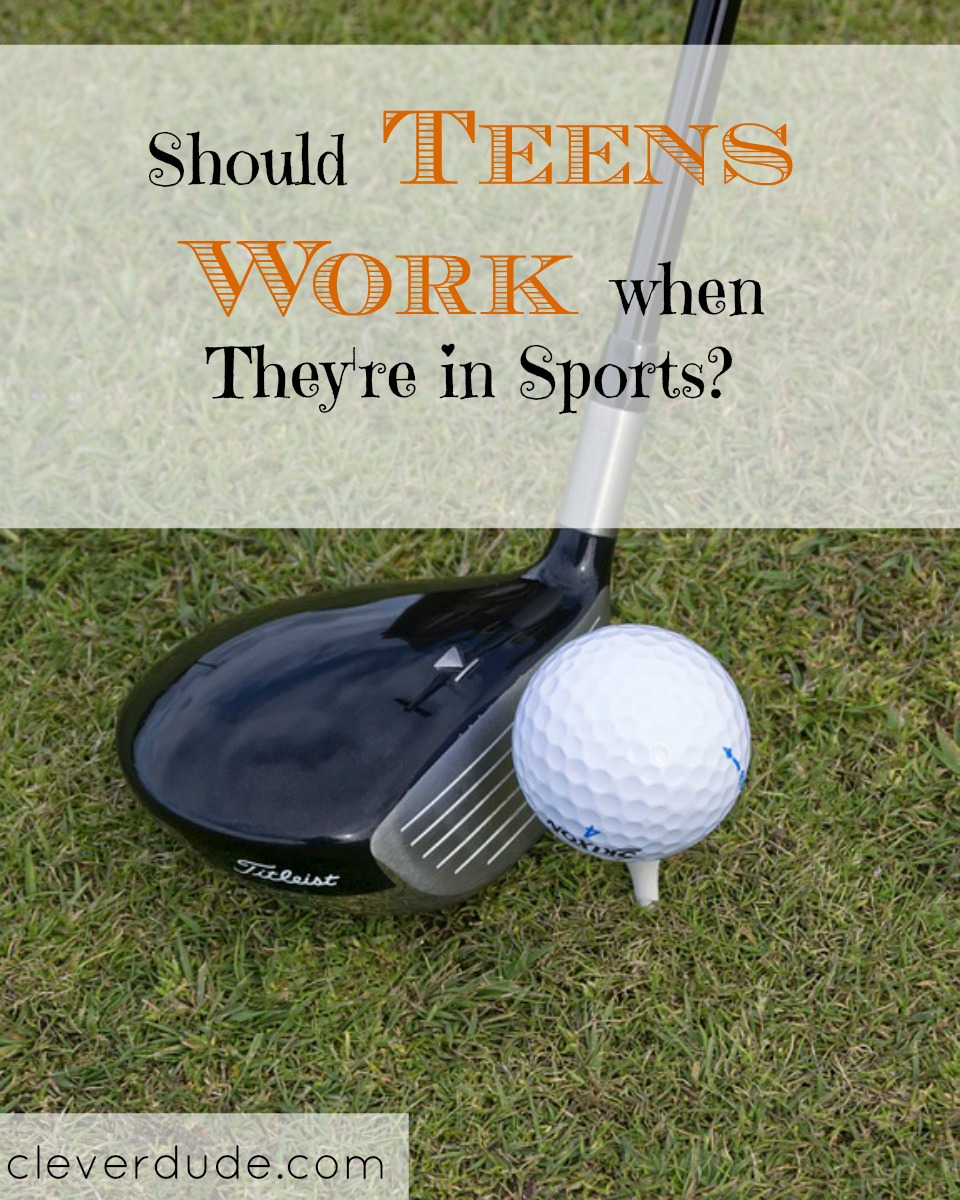 I want my son to have a good financial education before he launches himself out on his own, therefore I take advantage of every opportunity I can to teach him financial lessons, as well as how to get the most out of his money. I want him to have a good work ethic, as well as a healthy respect for the power of, and the dangers of money.

Most of the time he seems to embrace what I’m teaching him. He’s discovered generic products, uses coupons, and even understands the concept of paying himself first. He works hard at his part-time job, and saves out of every paycheck. But every now and then, I’m reminded that he may choose to handle this finances differently than how I would prefer.

I was surprised to hear that he didn’t want to work at all until the end of the school year.

When my son joined the high school golf team, I supported him not working at his part-time job during the school week in order to go to practice instead. I even supported him to temporarily stop saving money out of every paycheck since his income would be greatly reduced during the season. I assumed he would continue to work weekend shifts to have spending money.

He and I had different opinions on how much he would work during the golf season.

When I asked him what weekend shifts he was scheduled for, he told me he had told his supervisor to simply take him off the schedule completely until the end of the school year. After seeing my look of confusion, he explained that since he would have to spend every day after school at golf practice, and do his homework afterward, he wanted the weekend to hang out with his friends.

He went on to explain his financial plan using his sizable tax refund:

He went on to explain how his plan would allow him to not work at all during the golf season, have some spending money, but not drain his savings from the pre-golf season level.

As I listened to his plan, I couldn’t help but think back to when I was in high school.

I wanted to tell him how I continued to work at my part-time job even though I was in track. I was scheduled for shifts after track practice and on weekends. I continued to work, be in a sport and maintain a very high GPA. Being in a sport was my choice. It was an extracurricular activity that I chose to do in place of hanging out with my friends after school.

I wanted to tell him these things, but I didn’t. I was impressed that he had thought through his finances, finding a way to balance having spending money, maintaining his savings and being in high school sports. While it may not be quite how I would handle the same situation, it seemed like a reasonable plan.

What do you think, Clever Friends, should I have expected him to continue working on the weekends, or should I be happy that he thought through his finances and has a reasonable plan?