Summer is Over For Retailers, Which Means Great Bargains for You! 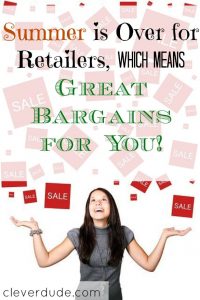 Earlier this year, my wife and I were looking for some new patio furniture. Thanks to my wife we scored a great deal. Weâ€™ve been enjoying the new furniture throughout the summer whether weâ€™re entertaining friends and family or itâ€™s just a family sâ€™more night around the fire table. As the summer has progressed, my wife determined that she really wished we had purchased an umbrella to create shade when it was sunny and hot.

After work yesterday my wife found out that Summer is apparently over on July 20th because all the seasonal summer items are on clearance. The number of items in stock were low, but if we looked hard enough we might just find a great deal.

After a few phone calls, we headed out to a couple of stores and scored some great deals.

The three items we purchased had a total original price tag of almost $720, but we paid just under $188. Thatâ€™s almost 75% off! We placed the items on our deck and patio, and they look marvelous. Retailers may be closing the book on the season, but thereâ€™s still plenty of summer to enjoy outdoors. 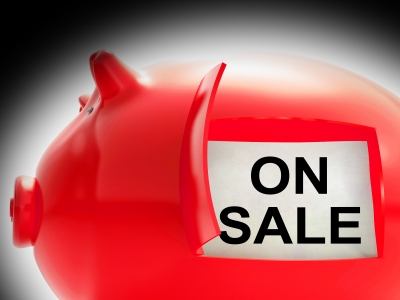 Have you picked up any summer items on clearance this year? What was the best bargain youâ€™ve found?