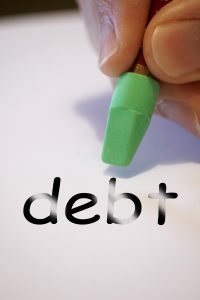 In June I announced my mission to pay off $9,888.00 in debt by the end of the year.  I’ll be utilizing every means necessary to do it, including:

I’m three months in, and making significant progress towards my goal.  Here’s this month’s breakdown:

The minimum monthly payment for the current billing cycle was $130.  The minimum payment was already factored into our monthly budget therefore no reduction in spending or extra income needed to cover this.

Until the debt is gone, we’re suspending our monthly contributions to our emergency fund / savings.  This gives us an additional $500 to put towards the debt.

We reduced our weekly entertainment spending by $90 per week,  adding $360 to our debt repayment effort.  This is more than last month (unexpected vet expense), but still less than July.  We budgeted $50 a week, for a total of $200, as an initial payment to a photographer for our son’s senior pictures.  We’ll have to shell out more for the pictures, but at least it’s a start.

I didn’t have any mystery shopping payments to add to this month’s payment, but I did pick up a really great one that will pay out next month.  I’ll include details of that in next month’s post when I can include the extra funds in the debt repayment.

As I mentioned last month, I had several extra writing jobs that paid out an extra $650 that all went towards this month’s debt take down repayment.

Our debt payment this month breaks down as follows: