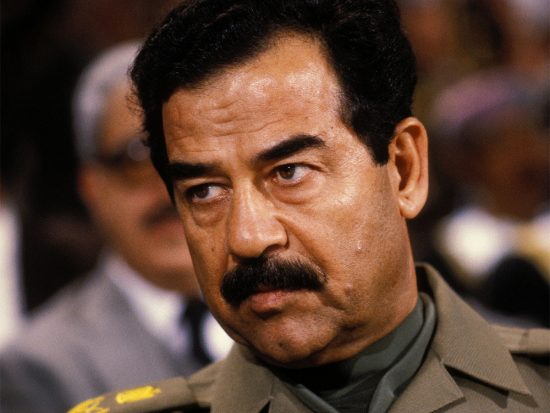 Some of the most notorious villains in history have accumulated enormous wealth. Like Syrian President Bashar Al-Assad, a billionaire who has sown blight for his own people for generations to come. While U.N. forces attempt to punish him, it’s time to consider how his finances compare with other criminals — starting with ones in the same part of the world as him. Let’s look at how he compares to Saddam Hussein’s net worth and other famous criminals.

The former dictator ruled Iraq with an iron fist for over 24 years; his net worth reached at least $2 billion off the proceeds of the country’s oil revenue. He authorized the withdrawal of nearly $1 billion from the country’s central bank just days before the U.S. and its allies invaded Iraq. This money funded insurgent activities against western forces for years.

Osama bin Laden is arguably the most famous terrorist in history. He inherited his net worth of $50 million. Bin Laden reportedly attempted to profit from the 9/11 attacks by short-selling the stocks of United and American Airlines, but U.S regulators intervened — and froze the family’s assets.

Hitler began accumulating wealth through the sales of his book, Mein Kampf. Royalties totaled approximately $152 million in today’s dollars, and the proceeds funded the early activities of the Nazi party. Once elected chancellor, Hitler also earned large sums of money from using his image on postage stamps and political posters. Hitler and also had access to vast stolen resources from the squashed opposition and conquered territories. All told, Hitler’s net worth was $6.1 billion in today’s dollars.

Bernie Madoff, the founding former chairman of the NASDAQ stock market, was convicted of running the largest Ponzi scheme in history. The amount he stole from investors is estimated at $65 billion. However, the legal repercussions of his actions have resulted in a current net worth of -$17 billion.

Former NFL running back and actor O.J Simpson’s net worth peaked in 1992 at $10.8 million ($18 million in today’s value). It has since dwindled to $3 million. He was ordered to pay $33 million to the families of Nichole Simpson and Ron Goldman after being found responsible for their deaths in a civil trial. Mr. Simpson has paid only $500,000 of that debt to date. He receives monthly pensions from the NFL ($10,565) as well as from the Screen Actor’s Guild ($1,700), both of which cannot be touched by the legal judgments.

John Gotti headed the Gambino crime family, earning his fortune through illegal activities including loan sharking, gambling, hijacking, and extortion. He spent the last ten years of his life in prison, passing away in 2002 with a net worth of $10 million.

The president of Syria and his family built its fortune by controlling a large portion of the country’s economy. Al-Assad hoards $1.5 billion net worth while his country crumbles from an ongoing seven-year civil war. As of this writing, Al-Assad still ranks among the wealthiest of today’s world leaders. Whether whether his fortunes might change following trade sanctions or war-related asset seizures, only time will tell.

Readers, how does learning about the fortunes of criminals make you feel? Please let us know in the comments section whether you’d like to read about the net worth of other celebrities, good or bad?

If you liked this article, you just might enjoy these other net worth articles: