Dream or Nightmare? How Retiring Young Can Backfire 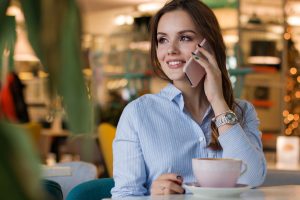 There is a quote about retirement that encapsulates what the experience is all about very well. Retiring is like going on an extended, long-term vacation in your favorite city. You want to enjoy yourself as much as possible without running out of money. Most people think that retirement is just as they see in it the movies or on TV. Especially in TV commercials on cable news channels, depicting retirees traveling the world or overindulging in personal hobbies.

Just like in working life, retirement is an era of life that you’ll have to be able to financially sustain. The aim is to maintain a predetermined, standard of living budget throughout retirement. The average retiree needs to spend at least $44,000 annually to sustain such costs. Yet, over 42% of working Americans have less than $10,000 saved for retirement. Plus, they are terrified of going broke in the midst of retirement.

Should You Retire Young? Maybe Not

The average retired couple will spend over $280,000 to satisfy their medical expenses throughout the entirety of retirement. Although the average age of retirement is 63, most Americans believe that they may have to work past the age of 65. Also, the very act of retiring, since work is an identity, can be stressful. It can be difficult to go from a lifetime of working full-time to suddenly doing a lot of nothing.

I am about two decades from the idea of retirement. It is not an idea I am looking forward to. Yet, there is a movement, propelled by Millennials, that espouses the idea of people in the late 20s, 30s, and 40’s finding ways to retire from working life as early as possible. While it sounds like an interesting concept, there are just too many ways it can backfire.

Retiring, “young,” can be a relative term. People who retire at age 55 worry about tax penalties for withdrawing early from IRA accounts. Or the benefits of waiting later to access social security benefits. However, there is a relatively new retirement movement that encourages people to retire as early as possible.

The FIRE movement, which stands for, “Financial Independence, Retire Early,” wants people to retire on their own terms, as young as possible. While the aim is not to retire from working life entirely, it encourages young people to find ways to work on their terms free from the constraints of regular working life.

There should be a purpose in retirement, no matter how young or old you are. If you retire at a young age, you need to be certain that you have enough money to last you throughout retirement. Or, you could be left scrambling to find work at a moment’s notice if your savings run out. Not an enviable position to be in the current job market, depending on your skills anyway. Also, what would be your purpose for being after retirement?

There is only so long that you can take it easy. What would you do in your spare time? Unless you are retiring from the conventional stresses of modern work life to work on your dream projects, you will have a lot of time on your hands. If you are in your late 50s or early 60s, most businesses and employers only release pensions or retirement benefits after an employee reaches retirement age.

Focus On a Purpose Before Deciding

Unless you were born into money and elitism, you need to work. I just don’t see the point of retiring in your 30s or 40s to spend a lifetime taking it easy to then formally spending elderly age taking life even easier. Your working life is an identity. If you are gainfully employed or find a way to start a business or work venture, you will have all the time in the world to retire. You only have one chance to build a life worth living to ruminate on during retirement.