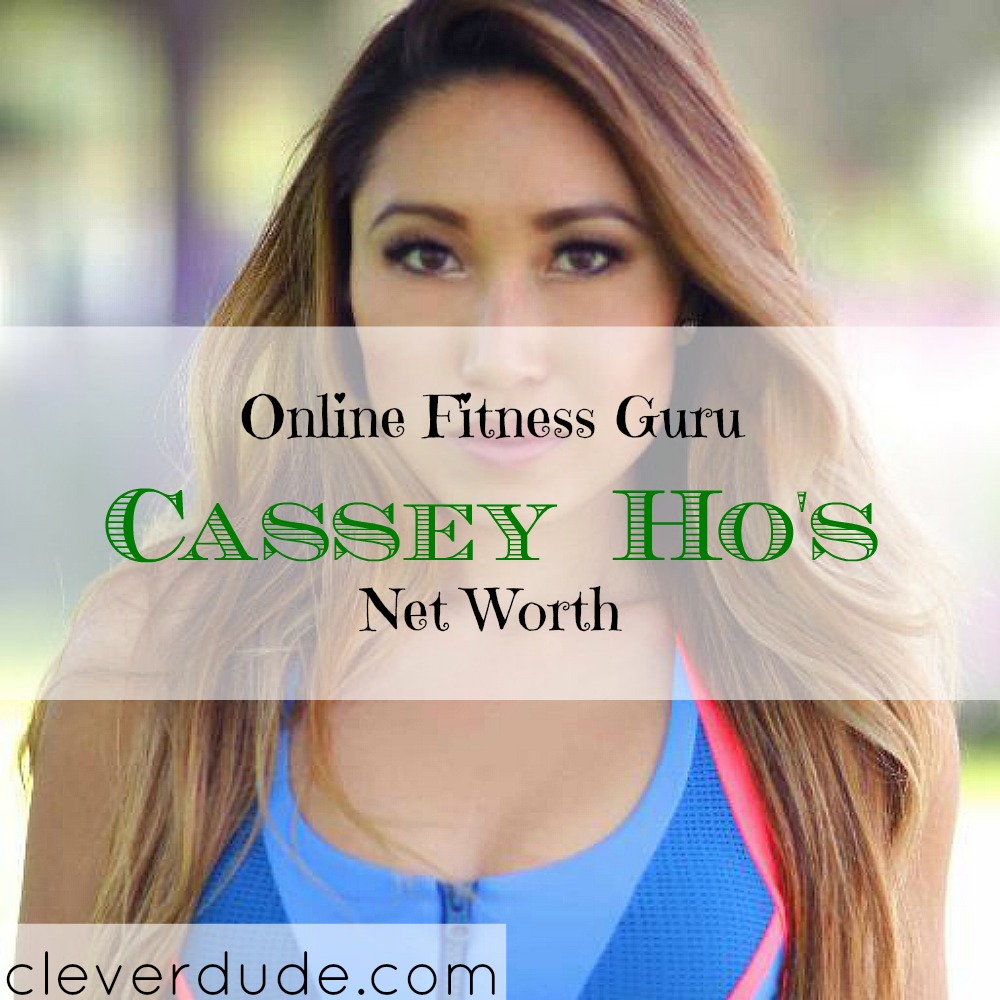 Cassey Ho is a fitness entrepreneur and social media personality most known for her YouTube channel Blogilates and her website from which she sells fitness apparel. While the premise of her YouTube channel is Pilates, as a social media personality she promotes overall health and a positive body image.  Many people wonder just how much income someone can have from being a YouTube personality, so it may be interesting to know Cassey Ho’s net worth.

Cassey started posting Pilates videos to YouTube in 2009 after she moved from Los Angeles to Boston to take on a job as a fashion buyer.  She had been a part-time Pilates instructor and wanted to allow her students to continue their fitness journey with her after she moved.  Cassey quit her job as a buyer after finding it less than enjoyable and began teaching Pilates to pay the bills.  She began uploading more videos, and to her surprise, her number of subscribers climbed rapidly.  This allowed her to become a YouTube partner,  which also helped increase her website traffic.

By the end of 2014, her online popularity had reached staggering heights, with her YouTube channel boasting 1.8 million subscribers, 60,000 views a day, and Bllogilates was one of the top YouTube fitness channels.  In 2012, Ho won Fitness Magazine’s Fitterati blogger award in the category of â€œBest Healthy Living Blog,â€ and ShareCare ranked her as the #2 fitness online influencer.

Ho has also dabbled in her own line of fitness apparel.  BodyPop, released in 2014, is an active wear clothing featuring bold prints.  In 2016, Cassey released a new line of clothing called PopFlex.

Ho believes in using her online presence to help promote overall health and a positive body image.  She has spoken out in the media about potential harmful trends such as the thigh gap and the bikini bridge.  She advocates a balance between exercise, eating healthy and also allowing yourself to give into cravings occasionally with a YOLO (You Only Live Once) meal consisting of foods that are traditionally thought of as unhealthy.  This realistic perspective of healthy living has earned her credibility and helped her popularity reach new heights.

Many people are skeptical that internet personalities can make a significant income online.  With a reported 6 figure income and an overall net worth of over $2 million, she has proven them all wrong.  Cassey Ho’s net worth is sure to continue to climb as she continues to use her growing online presence as a springboard for even more money making opportunities.

What do you think, Clever Friends, were you surprised that an online fitness blogger can make a six figure income?

5 Things Every Successful Loan Application MUST Have!
Have You Hear Of The National Consumer Panel?
Can Blue Apron Food Delivery Service Help You Cook AND Save Money?
How To Keep Your Swimming Pool From Drowning Your Water Bill
Keg: Money Saver, or Just Hard To Carry?