New Jeep Wranglers Have Their Flaws, But Buying Used Could Save You Money 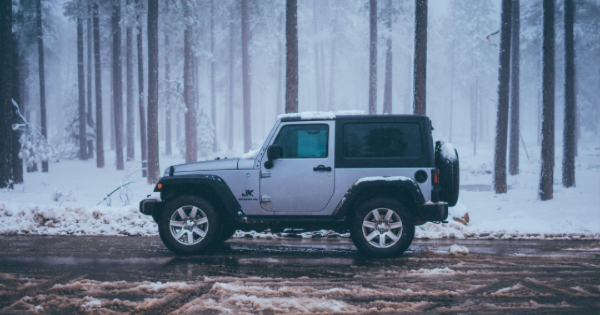 With over 214 million licensed drivers throughout the U.S., it’s no surprise our streets are crowded with vehicles. And if you’re like many Americans, you may be tempted by the newest, shiniest models available. But when it comes to the Jeep Wrangler, you might be well-advised to buy a used version, instead.

For one thing, the 2018 Jeep Wrangler is actually under investigation by the National Highway Traffic Safety Administration (NHTSA) as a result of a multitude of customer complaints. Reportedly, the latest Jeep Wrangler models have welding defects in their frames, among other issues. Back in 2018, NHTSA received a petition to open an investigation into the frame weld issues existing in some 220,000 Jeep Wrangler SUVs. Although nearly 50% of the products that exist nationwide require welding, these particular issues could potentially pose a significant safety risk to motorists. The complaint includes claims that the Wrangler’s frames, including the welds, were porous or exhibited signs of under- or over-penetration. There were also instances of excessive welding, splattering, or slag (which is a byproduct of the welding process) in various locations across the frame component.

In addition, some Jeep Wrangler owners have reported steering issues, sometimes referred to as a “death wobble.” As yet, it’s not been determined whether the welding issues are to blame for these steering problems. And while no injuries or accidents have been reported, the NHTSA isn’t taking any chances. Since there are roughly 6 million car accidents that take place nationwide each year, one can never be too careful.

As of now, no recall has been issued for the 2018 Jeep Wrangler. But evidently, it’s been included on lists detailing which models have high levels of inventory at dealerships. This means that you could potentially get a great deal on this automobile, if you’re willing to take the risk. But unless you’re eager to file one of the 52% of personal injury lawsuits caused by car accidents, you might want to go with a different vehicle

Or, at the very least, you might want to select a different year. Buying a used Jeep — or any type of used car, for that matter — can allow you to save money while purchasing the vehicle of your dreams. It may not be the newest model that comes out of the plant, but it may allow you to own a higher quality edition than you could otherwise afford. Although Jeep Wranglers have high resale value, meaning that you may not get an astounding deal on it as a buyer, you may be able to reap the benefits later on once you upgrade. Plus, the fact that the car retains its value more than others speaks to the brand’s overall quality — even if the 2018 model was a let-down.

Of course, the price you pay for a used Jeep Wrangler will vary depending on its condition and where you buy. But when older models retain their value and stand the test of time, you may be better off buying used than shelling out money for the newest version that doesn’t meet industry standards.