Minimum Guest Parties: Five Steps To Not Get Stuck With the Bill 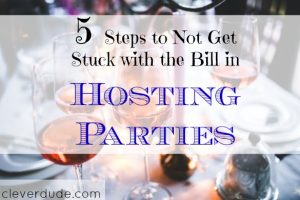 My wife has been working hard to coordinate a ladies night out event. It started with just a few women, but the original group decided to expand it to a wider group of friends. Eventually the group grew to about 20 people that were interested in being a part of the event. 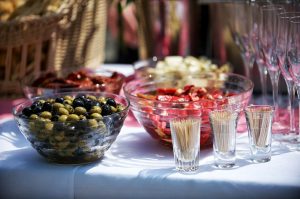 The group decided on doing a painting event using a service that puts on the event at your home. My wife started creating plans to have the event at our home including food, beverage, and the painting event. The minimum amount of people for such an event is 15, each costing $35. Since my wife had almost 20 interested people,  she didn’t think hitting the minimum would be a problem. After a few phone calls and a $175 deposit, the event was booked.

One week before the event my wife checked in with the representative, and found out that despite repeated pleas and reminders, only five people had registered and paid.

If nobody else showed up, we would be on the hook for the other 10 registrations, totaling $350.

My wife immediately started working the phones as well as social media and email. The responses came in several flavors:

If we ever coordinated an event with a minimum event cost, I would suggest we handle it differently:

We’re past the point of being able to cancel for this event. Hopefully we reach the fifteen guest minimum and don’t end up paying for guests that decided not to come. If we ever do something like this again in the future, we’ll be handling it differently.

Have you ever hosted an event that had a minimum purchase, or minimum guest policy? Did you end up stuck with a large bill people people decided not to show up?