Learning to Be a Winner 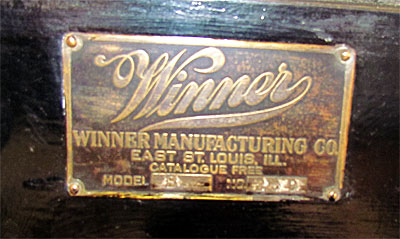 Virtually every human endeavour is a competition.  At the most basic level, how we handle winning and losing has a direct impact on how others view us.  In our quests to improve our lives and lifestyles, examining how we handle victory is important.

Sports competitions provide us with a basic road map on how to handle victories. There is nothing wrong with celebrating accomplishments, but you will notice that those that take the win with a degree of taste and class earn a bigger fan base.  Heeding this lesson may not help us get a better deal on our next car, but it certainly canâ€™t hurt.

Professional tennis gives us a great example of the dos and donâ€™ts of competition.  When Denmarkâ€™s Caroline Wozniacki defeated Maria Sharapova in the US Open Tennis Tournament, her excitement at winning was obvious.

Her victory over the champion allowed Wozniacki to move on to the quarter finals.  In the post-match interview the Dane said, â€œThe season for me has been a little bit up and down… To win today against a champion like Maria is an unbelievable feeling.â€

She praised her opponentâ€™s play by saying, “She played really well in the second set. She went in and started attacking me.â€

She showed it was ok to be happy for the win with a simple, “It means a lot to me.”

On the other end of the how-to-handle-victory scale is John McEnroe.  While McEnroeâ€™s talent cannot be denied, his on court demeanour is not what we want from a champion.  McEnroe was known to berate spectators, line judges, and officials.  He destroyed more than one racquet.

Additionally, the recent World Cup matches provide us with tangible examples of the effects that others experience from how players handle victories.

Argentina has a great deal of long-running pride in their national team.  The team plays hard and plays well, and they conduct themselves like the champions they are. Against Switzerland, the match seemed destined to go to penalty kicks. However, a last minute goal by Angel Di Maria secured the win for Argentina.

The win by a team that refused to give up and played with the heart of a champion was celebrated by their countrymen at the stadium and at home, where cheers could be heard erupting throughout Buenos Aires and elsewhere. It even brought commentator Pablo Giralt to tears.

Many of us are not blessed with the ability to compete in physical competitions, but there are still champions to emulate.

In July, professional poker player Daniel Negreanu finished in second place in a $1 million buy-in poker tournament and became the all-time tournament poker money winner with over $29 million in earnings.  His demeanour in the press conference after the tournament demonstrates the hallmarks of a true champion and why he is a constant fan favourite.

Usain Bolt is the fastest man alive, setting records for his sprints and then breaking them.  Bolt puts on few airs. He readily shares his diet, which includes Chicken McNuggets, his grandmotherâ€™s dumplings and Guinness. He shares his passions, which include video games and dominos.  He even shares his feelings about his abilities, saying, â€œThey say there are 7 billion people in the world. Thereâ€™s nothing cooler than knowing that you’re the fastest of them all.”

In a Der Spiegel article about Bolt, he is praised as a role model for runners.  In fact, his sponsors provide sports gear for young athletes. Sports instructor Yeonkeo McKay says that Bolt is very important to the future of Jamaica.  McKay who ran against Bolt once said, â€œHe had this special aura. You could see that he was going to win.”

Most articles about Bolt all point to the fact that he is basically quite boring for someone with his abilities.  His ego is in check and even when he loses, it appears to be part of some grand plan to improve on his legacy.

The lesson we need to take away from all of these examples is simple: in all competitions, even the small everyday ones, we need to handle our victories with style and grace.  People are naturally drawn to winners. Winning also builds confidence and increased confidence leads to more wins. Taking the McEnroe approach of blaming others for our losses and taking our victories while simultaneously critisising our opponents and officials lessens us in the eyes of others.  You will get more out of life, on both a material and non-material level, by using the former approach.