Keg, Canned, or 2-Liter Bottles: Which is The Cheapest Way To Buy Root Beer? 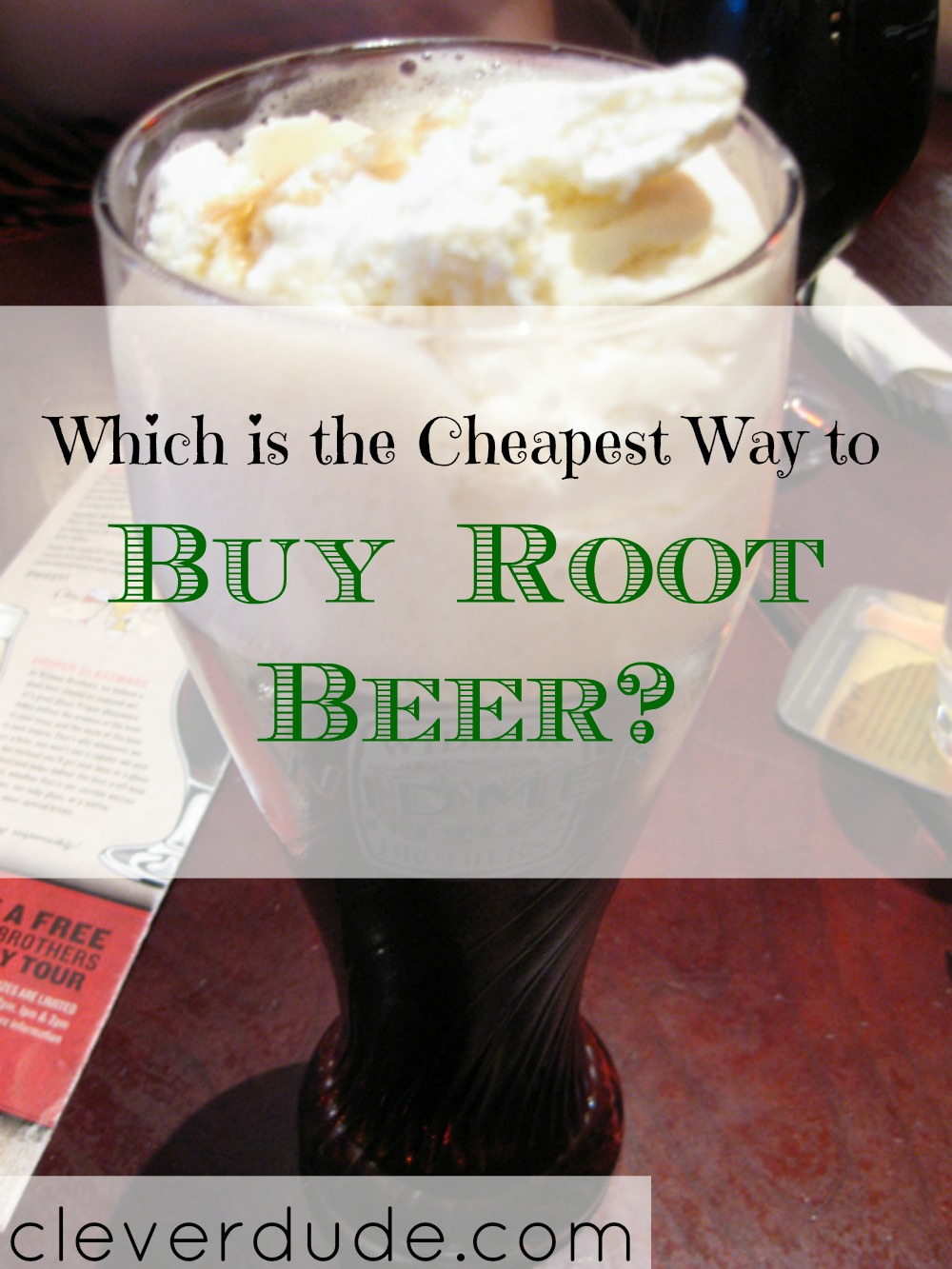 The keg vs canned beer debate is one that I tackled awhile back, but what about soda?  During a planning discussion for my son’s graduation party my wife suggested getting a keg of root beer, but also wondered aloud if it was really just a novelty or if there was some cost savings involved.  I did some price analysis and since the similar post about beer has been so popular, I decided to share it here on CleverDude to help answer the question, which is the cheapest way to buy root beer?

To help answer the question, I analyzed the cost of getting a keg of root beer vs the same amount of root beer in cans as well as in 2 liter bottles.

How Much Root Beer?

Cost of A Keg Of Root Beer

A phone call to my local liquor store revealed that the cost of a keg of root beer was $60.

Walking through my local grocery store, I saw 12-packs of A&W Root Beer on sale for $3 each.  To get the same amount of root beer, one would need to purchase 7.17 12-packs.  Yes, I know you can’t buy a fraction of a 12-pack, but just for cost analysis purposes let’s say you can.

Keg root beer is almost 3 times as expensive as canned root beer (on sale).   This also doesn’t take into account that you would need ice and cups for keg root beer.  Canned root beer may also need ice, but could be put into a refrigerator.
While a keg of root beer might be a great novelty addition to a party, it is certainly not something that will save you money.

How about you, Clever Friends, have you ever purchased keg root beer for a party?

Some of the best from CleverDude:

Filling out a Loan Application?  Do This!
Thinking of Becoming A Member Of The National Consumer Panel
Is Blue Apron For You?
If You Own A Pool, Save On Your Water Bill Doing These Things!
Which is Cheaper: Keg or Canned Beer?