Is Insurance A Ponzi Scheme? 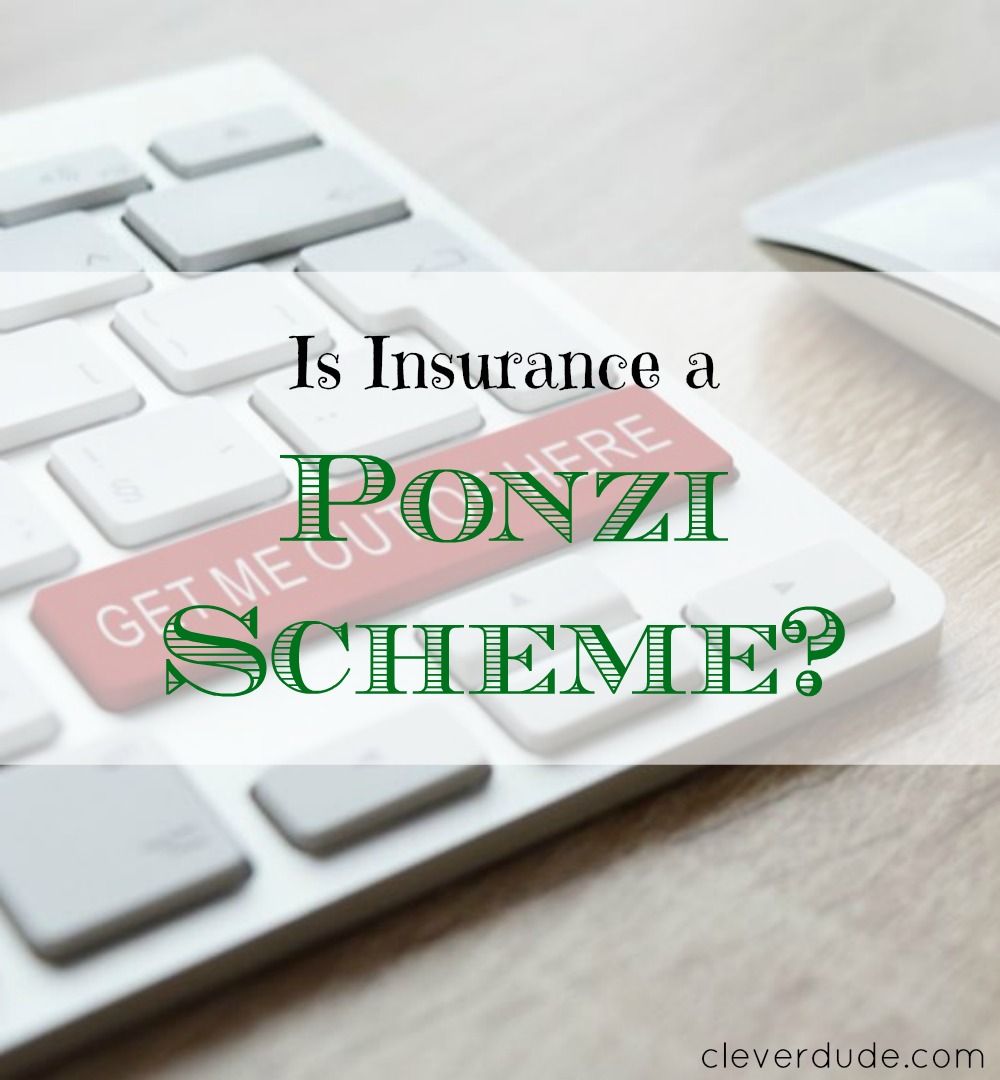 Going through my list of bill payments that were required for the week, the thought occurred to me that we are all willing participants in one of the oldest financial scams in the books. Whether it be for our home, health, or automobiles, we all buy insurance.

Is insurance a Ponzi scheme?

According to Merriam-Webster a Ponzi scheme is defined as, â€œAn investment swindle in which early investors are paid with sums obtained from later ones in order to create the illusion of profitability.â€

There are actually several very important differences between how insurance works versus a Ponzi scheme.

You Know What You’re Getting Into

People are attracted to the advertised potential high rate of return of a Ponzi scheme. If you’re lucky enough to actually get money in return from the scheme, there likely won’t be anything real (market increases, interest rates, etc) that correlates to your return. With an insurance company it’s very cut and dried: You pay a specific amount each month with a well documented benefit should a claim be filed.

An insurance policy is a legal document complete with signatures. If the insurance company refuses to pay a valid claim, a policy holder can take them to court and win a judgment. People running a Ponzi scheme are breaking the law. People might be able to bring a civil suit against the person or people behind the Ponzi scheme to recover the amount of money invested, but promised returns can not be recovered.

Insurance companies make much of their profits through the proceeds of investing the premiums paid by policy holders. However, investments don’t always make money. There are government regulations that outline how much of an insurance company’s assets can be invested, and how much must be kept liquid to pay potential claims.

Protected if Insurance Company Goes Out Of Business

As much as it might seem like insurance is a scam, there are several key attributes that make it legitimate. It’s not a scam, and the answer to the question, â€œIs insurance a Ponzi scheme,â€ is a resounding, â€œNo.â€