Is A Discount Always Worth The Hassle? 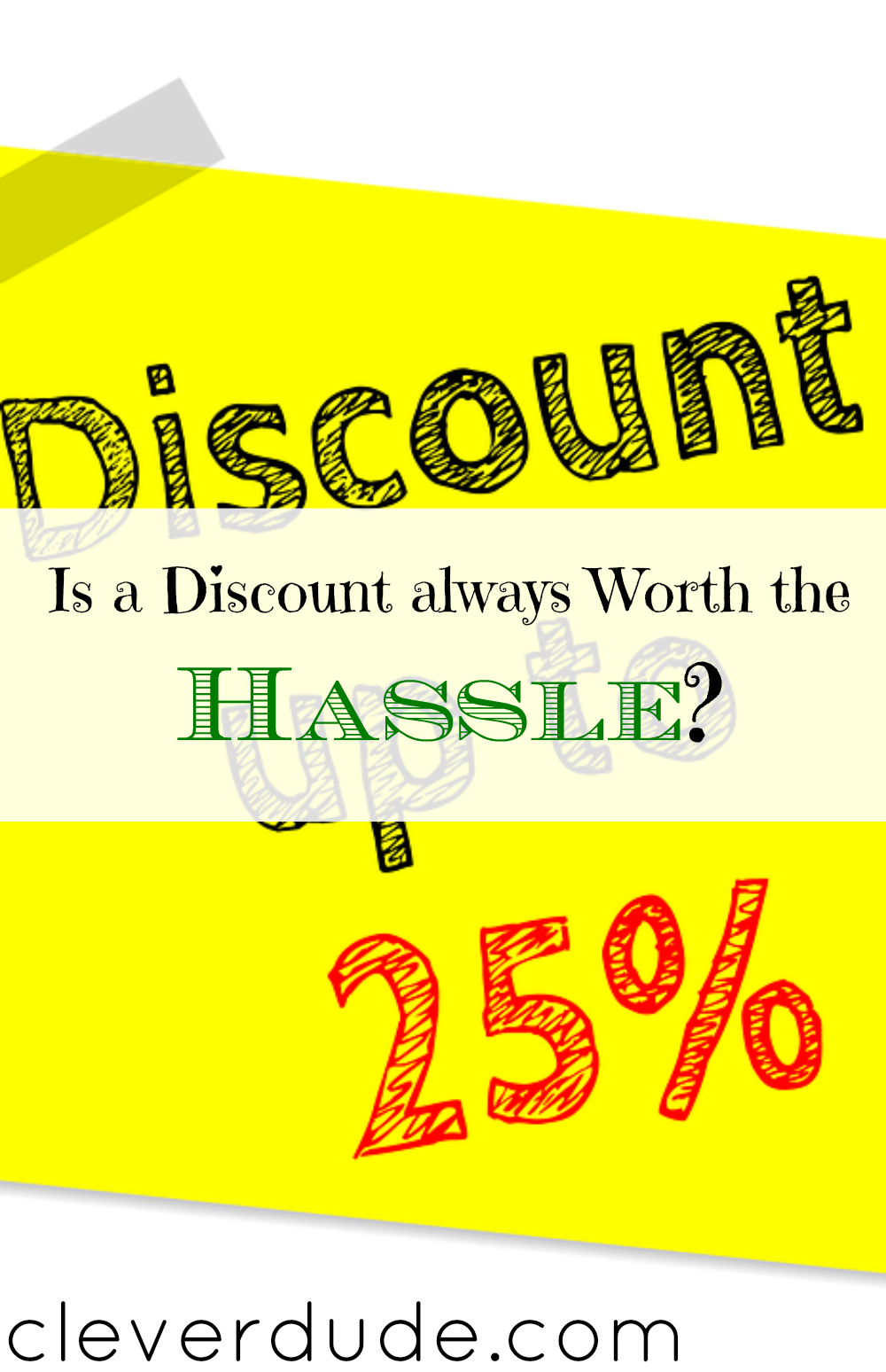 You can get a discount on just about anything if you just ask. My wife has proven that time and time again. But sometimes it may not be worth the effort. Sometimes you have to accept the answer is, â€œNo,â€ even if you know for a fact if you push hard enough you can change the answer to, â€œYes.â€ The consequences of pushing too hard to get a discount may outweigh the benefits.

My wife and I were in a local liquor store buying some items for our annual Memorial Weekend party. We were familiar with the owner, who actually owned several liquor stores in town. Given the volume we buy for this yearly party, he commonly gives us a 5% discount just for asking. But he wasn’t working the day we stopped by. We had all our products sprawled out on the checkout counter when my wife asked if they were willing to give us a discount as the owner typically does. The manager declined, saying he didn’t have the authority to do so. We got a discount on about half of the items because we were part of their loyalty club, but we would have to pay full price for the rest.

My wife was ready to put all the items back on the shelf. I gave her a surprised look, at which she changed her mind and allowed the transaction to continue. As we left the store she told the manager that she’d be calling the owner to discuss the discount. I sat in the van for a moment looking at the receipt. My wife knew exactly what I was doing.

â€œIf we would have gotten the discount on the whole thing, how much more would we have saved?â€ she asked

â€œI don’t think it’s worth the hassle,â€ I continued, â€œIf you call and get the discount, that’s fine, but you’ll have to go in and get the money back. I’m not going back in that store to talk to that manager for $9.60.â€

I went on to explain that if she perused the discount I’d likely never go back in that store because that manager would likely forever remember that my wife went over his head.  It would be uncomfortable every time I would go into the liquor store. Since that location is the closest to our home, we go there all the time. Alienating that retailer and putting future discounts at risk wasn’t worth $9.60 to me.

Her eyes softened as she said something I don’t hear very often, â€œYou’re right. I’ll let it go.â€

Getting a discount is great, but sometimes pushing too hard is not worth the consequences. In this case, if my wife had called the owner and convinced him to give us the discount on our entire purchase, it would have led to an uncomfortable situation every time we went into the store. Had the discount been more significant it might have been worth it, but for $9.60 I believe we made the right decision to let it slide.

How about you, Clever Friends, would you let a potential discount slide to avoid an uncomfortable situation? How big would the discount have to be before it becomes worth it?