If You Owed The IRS This Year, The Time To Take Action Is NOW! 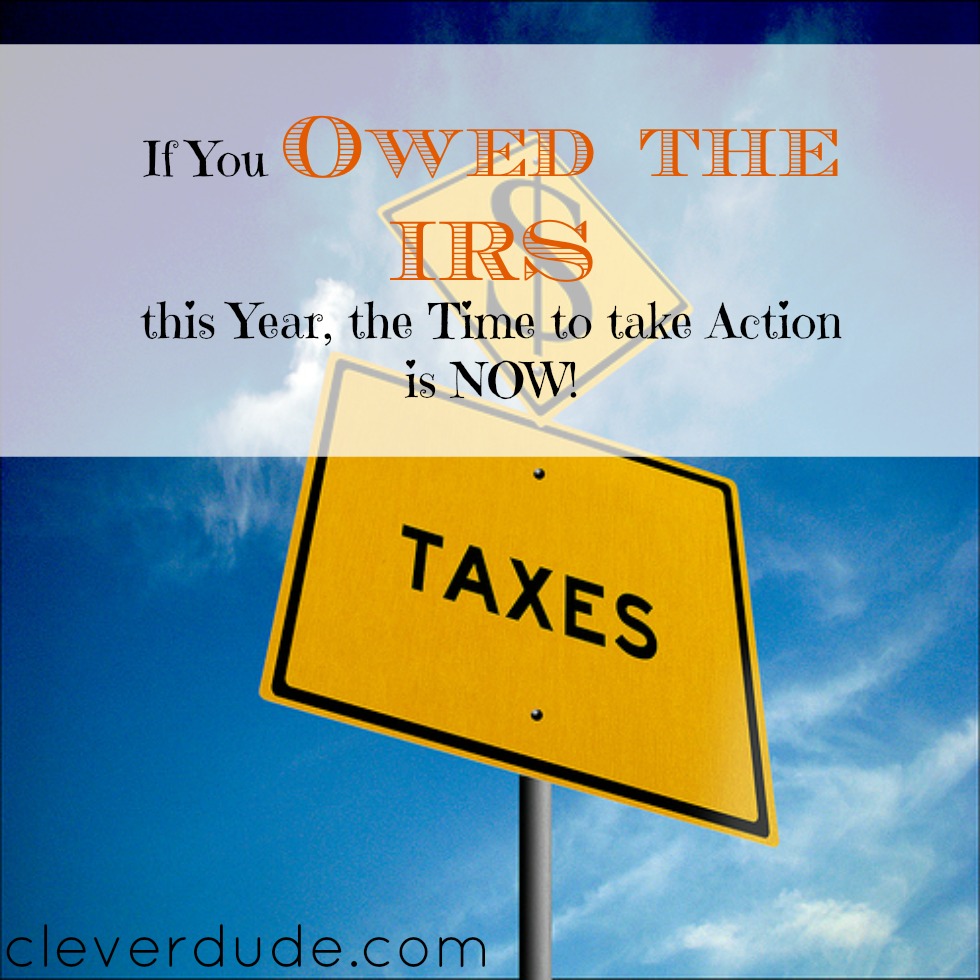 My 2015 tax returns have been filled out, submitted and accepted – I used TurboTax

. It feels good to be able to put a check mark next to that on the todo list, and now we can all just forget about taxes for a whole year, right? Maybe not.

If you owed the IRS a sizable amount of money, the time to act is now.

If you had to pay the IRS money this tax season, it means that you had too little taken out of each paycheck during the year. There’s several reasons why that might be the case, but the good news is that by taking action now you can avoid having a tax bill next year.

When you start a job, you have to fill out a W-4 form indicating the level at which taxes should be withheld from your paycheck. The full W-4 form includes a worksheet to help you fill it in accurately. Over time, life changes such as getting married, having children, or buying a house may necessitate re-evaluating your withholdings.

Are Taxes Being Withheld?

My wife works two part-time jobs, but she has exactly zero federal income tax taken out of each check. The way the calculations work out, her level of income at each job individually necessitate none to be withheld. But when you combine her two jobs AND my income, this becomes a very large problem.

The outcome of your tax return isn’t an accident. Without taking action your result will likely repeat itself next year. By taking action now, you prevent having a large tax bill next year, and take away the stress of having to come up with the funds to pay the government.

Did you have a large tax bill this year? What are you doing to ensure it doesn’t happen again next year?