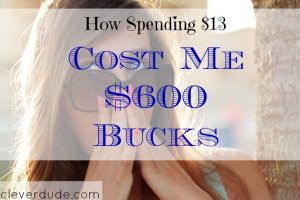 The recent â€˜Clever Posts of the Week â€“ July 11thâ€™ post on CleverDude.com immediately caught my eye because of the one post that was entitled “How Saving 50 Cents Cost Me 500 Bucks.” The reason it jostled my attention is that I too have been in a similar situation in which a few bucks turned into a couple hundred that I ended up owing.

From the â€œ50 Centsâ€ article, the financial problem stems from forgetting to fill up the spare tire when itâ€™s needed the most but my mistake goes way beyond this stupidity because it basically sums up what happens when you give a young, inexperienced kid a new credit card and the ability to purchase the video games they love. 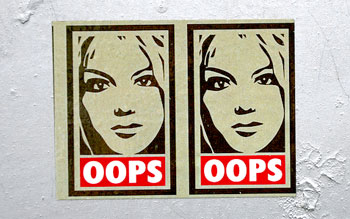 It was my fault.

No one forced me to buy a video game I had loved as a kid; I simply let the nostalgia get the best of me, but because I didnâ€™t really understand the weight of missing just one payment. it really snowballed into something that became way bigger than it needed to be.

I really started off on the wrong foot because I wanted to buy a video game from my childhood that finally became available online. For me the perfect â€œentryâ€ into using my new credit card was to buy this cheap $13 game as a way to â€œtestâ€ the waters with credit payments.

Thatâ€™s where I messed up â€¦

I let the nostalgia get the best of me and hadnâ€™t realized I signed up for a card that was going to really mess with my finances for the next couple of years (and still somewhat to this day).

The funny thing is that we all make these types of mistakes when weâ€™re essentially â€œhanded the keys to the carâ€ as they say. All of a sudden we can buy what we want and although weâ€™ve been told to be careful with these pieces of plastic, it almost always gets the best of us.

You know that feeling you get when there is a deadline so you put it off to the last minute? Not even the procrastination element of it like youâ€™d do with work but that feeling that if maybe you let it slip by no one would notice so you donâ€™t have to deal with it?

Thatâ€™s how I felt with my credit card bill the first time I missed it.

What I had failed to realize because I was so quick to sign for a credit card was how quickly the interest rate was going to jump the moment I missed a payment. I also hadnâ€™t realized how quickly these credit companies are to report you as delinquent within a relatively short amount of time which led to my credit being demolished even before I could really understand it.

Psychologically, there were a lot of things that needed to happen:

All of these together put me into a â€œguilt mode,â€ which made it so it was less and less likely that I would pay the bills because I felt I had already lost. I had got to the mindset of â€œwell, I already messed up this bad â€¦ surely it canâ€™t get any worseâ€.

Of course it did â€¦

The Trip to Recovery

I look back at how that $13 game purchase has affected my credit and it really makes me sick. I could have done something amazing with my first card if I had just paid attention and did the diligence to really understand what I was getting into.

It was totally my fault. It was something I had to deal with.

Admission is the first act of overcoming the problem, though, and so thatâ€™s where I started. I told myself I messed up but it was on my shoulders to get it fixed â€“ I didnâ€™t want to rely on others for a way out because this was the problem I made.

What I did was educate myself. I read tons of personal finance websites and blogs focused on explaining credit education, which set me on track to divide my income so I could pay down that debt (eg. www.lexingtonlaw.com).

I did it, eventually, and Iâ€™ve never felt better taking that responsibility.

I know this is merely a $600 debt that some of you may scoff at (compared to some of the debts youâ€™re holding) but think about that amount for someone thatâ€™s barely pulling $150 a week from their part-time job. That was a real wake-up call. In the end itâ€™s still debt and in the end it still requires each of us to create a mindset to overcome it.

I guess this post really goes to show how easy debt can be when youâ€™re not paying attention. Hopefully this tale will help you stay cautionary with your finances or at least let you know what can be done when things get out of control.

I made my mistakes, thatâ€™s for sure, and I hope you donâ€™t do the same. Good luck out there.