How Do You Pay Your Bills? 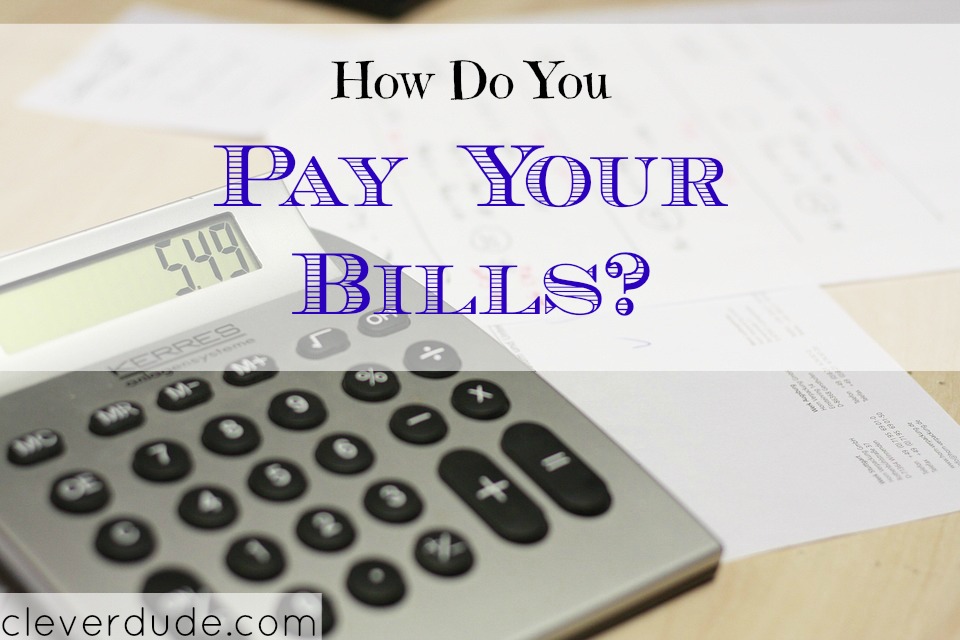 How do you pay your bills?

I pay mine with money.

Haha, in all seriousness, though, let me tell you a a little story…

I entered the amount of the last bill into the spreadsheet used to track our checking account, and dropped the statement into the shredder. It was the 15th of the month, and it was also pay day for this IT worker. I looked at the amount left over and was a little concerned that I didn’t get paid again until the 30th. But then I remembered that the pay periods for my wife’s part time job are staggered with mine. Her paycheck would be deposited the following Friday, and those funds were all ours as I just paid all the bills that would come due until my next paycheck.

It wasn’t always this way.

I used to pay bills on their exact due date. This would maximize the funds we would have available right after my payday allowing us to really live it up that weekend. Reality would set in a few days later when I realized we had spent so much that there wasn’t much left from my wife’s paycheck after paying the next round of bills. Needing more funds, it was prime time for credit card usage.

This cycle of binge spending and credit card usage was leading our finances down the wrong path, and it needed to stop.

All we needed was a small, simple change in behavior. Monthly bills are now separated into two piles. Those that are due the first half of the month, and those that are due the second half of the month. When it’s pay day for me (which represents the largest portion of our income), we pay all the bills due during that pay period. By paying them I don’t mean schedule them for the day they’re due and I don’t mean just deduct the amount from our account tracker. I mean physically pay all the bills so the money is no longer in our account. This forces us to live our day to day lives within the confines of what we have left.

No tricks, no juggling of funds.

You may have heard the phrase, â€œPay yourself first,â€ which encourages people to take money out of their budget and put it into savings before doing anything else. But we had to back the process up a step and just pay the bills first.

How do you pay your bills?