Hertz Chapter 11 Bankruptcy Filing: What Will Happen to its Car Inventory? 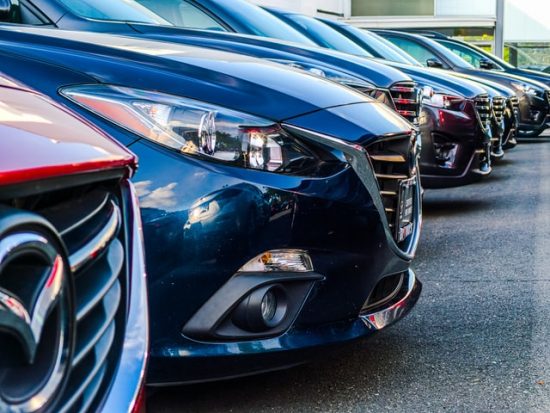 The economic lock down due to the COVID-19 pandemic has hit many industries hard, including the travel industry. One example of this is the Hertz chapter 11 bankruptcy filing. Fewer people traveling means less car rentals. This bankruptcy filing will likely have further reaching effects than just Hertz as we start to see what will happen to it’s car inventory.

They did just that by laying off over 20,000 employees, or about half their global workforce, and selling over 40,000 used cars in early March. As the pandemic picked up steam, car auctions halted and used car prices sank over 34%. With the selling of their cars providing less than the desired return, they halted the sell off. With the recent bankruptcy filing, they will likely restart that action.

Hertz’s has a massive inventory of over 550,000 vehicles that fall into two categories, program cars and non program cars.

Program cars are purchased from automobile manufacturers under buy-back programs or guaranteed depreciation agreements. In other words, Hertz leases the vehicles knowing exactly what they’ll get out of the cars. This allows them to dump vehicles when they need to without sustaining losses. This variety of vehicle makes up about 30% of their fleet.

The other 70% of their vehicles are owned outright by the company. The return on these vehicles is at the mercy of the used car market, which is already soft. The less money sales generate, the more they may be forced to sell.

Hertz will almost certainly be selling vehicles to raise cash to help shore up their finances and redefine their business in the current climate. This would likely happen in the next 60 days.

A sell off of Hertz’s used vehicles will flood the market, driving prices down. This may be bad for Hertz who wants to raise as much money as possible, but would be a bonanza for consumers looking to pick up a used car at a great deal. You may see more examples of what happened in April when Z06 Corvettes were available for thousands of dollars below blue book value.

Hertz’s chapter 11 bankruptcy may be the first high profile bankruptcy due to the COVID-19 pandemic, but likely won’t be the last. Hopefully they’ll be able to redefine themselves and climb out of bankruptcy and again be a profitable company. In the short term, however, it maybe wise for those in the market for a used car to be on the lookout for a bargin.

How about you, Clever Friends, are you in the market for a used car in the next few months? Have you contemplated waiting to see if used car prices decrease due to Hertz selling it’s inventory?

Check out these additional Clever Articles: