FREE Software That Can Save You Headaches and Money 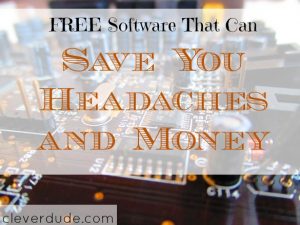 My dad doesn’t talk much during my weekly phone calls with my parents, but he does pop on the line every now and then to get the abbreviated version of what’s going on. On one particular night as the conversation with my mom was winding down I heard the, â€œclickâ€ indicating he had joined us. 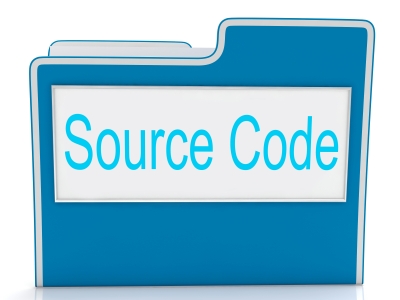 â€œI need you to take a look at my computer the next time I see you. It’s super slow, and things keep popping up. It all started after a weird phone call,â€ he said.

About eight years ago the improbably happened, and my very old school father got access to email through his job at the time. He took to it as well as the online world very easily. We begin exchanging emails frequently, had conversations in the middle of the day via instant messenger, and within the last year we’ve even started using skype. But as technologically savvy as he’s become, there’s still a few things he needs to learn.

He went on to tell me how he got a phone call one day from someone claiming to be from Microsoft telling him that they had been getting errors reported from his computer. If my father would follow some directions to grant them access to his computer, they would look around. Even though his computer had been running fine at the time, he complied. Within a minute they delivered the bad news. His computer was full of viruses, but he was in luck! They were willing to sell him the software to clean his computer for $99. He hung up on them, but they called back. After several rounds of this, they stopped calling.

Obviously, when he granted them access to his computer they installed a bunch of malware on his computer, then tried to rip him off to fix the problem.

Luckily, I already had installed on his computer a way to get his computer running like new. Two weeks later when I visited my parents I did two things:

It took a little time, but I was able to clean off my dad’s computer. Although you can upgrade for a fee, both of the programs listed have versions that are absolutely free.

Nobody plans to get a virus on their computer. Sometimes it’s due to your own doing while surfing the internet, and sometimes you unknowingly become the victim of a scam. The scammers would have charged my dad $99, and a professional IT person would have charged somewhere between $50 and $100 to do the same thing. Although they can be upgraded for a fee, both of the programs listed have versions that are absolutely free. More than that, there is the stress of not being able to access important information like family pictures and financial information that may be stored on the computer.

It took me a little time, but I got my dad’s computer cleaned, and running smoothly. All it cost him was an ice cold beer.

Is your computer protected against malware and viruses? Have you ever received a call like this?