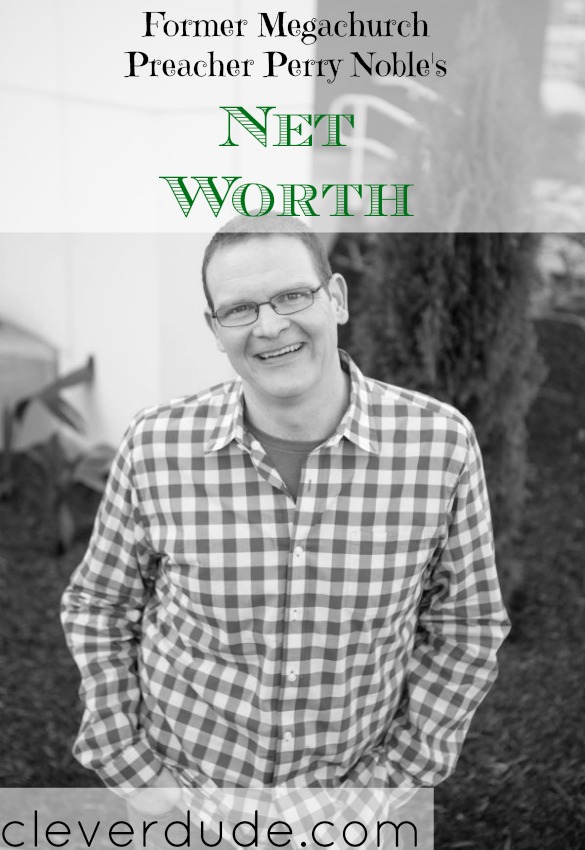 Perry Noble is the former senior pastor at NewSpring Church, the largest church in the South Carolina Baptist Convention based in Anderson, South Carolina. His weekly sermons had been viewed by over 32,000 people across the church’s 11 satellite congregations throughout South Carolina, with thousands more watching a live online stream. While he has never released financial information, it is widely believed Perry Noble’s net worth is around $2 million.

Perry Noble was born June 24th, 1971, and lost his mother at the age of 12 to cancer. This experience caused him to dislike hospitals for much of his life. He married his wife, Lucretia in 2000 with which he has one daughter named, Charisse. In November of 2017, he revealed he and his wife were divorcing.

Noble was involved with two controversies, both stemming from incidents in December of 2014.

During a sermon on Christmas Eve, Noble appeared to say the racial slur, “nigger.” The church quickly released a formal statement denying the word was said, offering the explanation that as sometimes happens when speaking publicly, words got jumbled as Noble was telling a story.

The second incident involved Noble incorrectly stating there was no Hebrew word for commandment. He went on to say it would be more accurate to call refer to the Commandments as the 10 Sayings, or 10 Promises.

NewSpring Church announced Perry Noble would be leaving his role as Senior Pastor on July 10th, 2016 due to substance abuse and neglect of duties to his family.

He isn’t a household name, but through his time as the pastor of a megachurch and royalties as an author, Perry Noble’s net worth is estimated at $2 million. We may hear more about Perry Noble in the near future as he is looking to start a new church to continue delivering his message.