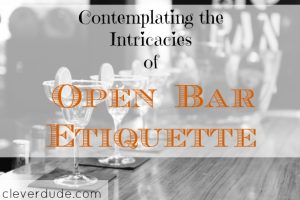 While waiting for my wife to put the finishing touches on her makeup, I checked my wallet to make sure I had an ample supply of singles. We were headed to a wedding and I wanted to make sure I had one dollar bills to tip the bartender. As the minutes ticked by I occupied my time by contemplating the intricacies of wedding bartender tipping. 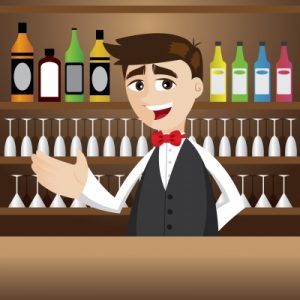 Image courtesy of iosphere at FreeDigitalPhotos.net

Do I need to tip?

The wedding was for a daughter of a coworker. He had told me about a discussion he had with the groomâ€™s parents, and how he had emphatically stated that at his familyâ€™s weddings there is always an open bar. He didnâ€™t mind paying for it, but there would be an open bar.  If the drinks are meant to be complementary, is there still an expectation of a tip? Or would my coworker also tip the bartenders when he pays the bar tab? I couldnâ€™t remember what I had done when I got married so I quickly decided I should definitely tip. After all, if the drink is free, tipping a buck per drink isnâ€™t a big deal. Plus I have no idea how the bartender is paid.

Whenâ€™s the best time to lay down the tip?

Normally a tip is thought of as part of the payment and is given after the drink is made. For weddings I like to do things a little differently.   I like to put my tip in the tip jar while theyâ€™re making my drink, or while theyâ€™re handing it to me. I want them to see that Iâ€™m tipping them. I like to think that if they see me tipping, the bartender will remember me, and give me the best service possible on my next trip to the bar.

How much does a wedding bartender make?

Thanks in advance for your help, inquiring minds want to know!