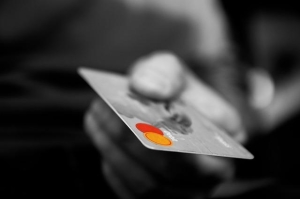 There is a worrying trend in the USA today and logic suggests that a similar trend may well exist in other developed countries. There is once again the feeling that there is nothing wrong with living on credit. There is not as such perhaps but when it comes to the use of credit cards there is certainly the need for caution. They are great for purchasing any everyday thing as long as the month end balance is paid off in full. Once a card is used and just the minimum monthly payment is made leaving a balance carried forward there is the potential for problems that tend to grow ever after.

Consumer debt on credit cards is at a five year high in the USA. That is a remarkable statistic bearing in mind when the recession hit there was a real consumer crisis. Many found themselves with core balances on multiple cards and default proceedings and real estate repossessions were common in the following years.  Logic suggests that much of the problem should have worked its way through the system by now but it seems that the lessons of those times have not been learnt. That is unless there is a significant part of the population that has been juggling its debt ever since.  Credit reporting agencies have identified that there are still plenty of new credit cards being issued and it certainly seems as though the bad habits of living on credit card debt continue to thrive.

While the economy has been improving and confidence has returned it seems to be too recent to justify the level of debt that has been created. Statistics show that the current debt levels are almost entirely on new cards. The yearend figure of $642 billion is $35 billion up on the previous year. That is the highest figure since April 2010. The figures come from Equifax that has analyzed 210 million consumer accounts.

Quite naturally the financial sector is looking for growth. Credit card companies are in fierce competition with each other and that inevitably means they are offering ever more attractive promotions to increase the number of cards they have in use. They are using various tactics including direct mail offers and signing up bonuses are a common feature.

In theory credit card companies should not be too keen to provide an immediate credit limit to someone with a poor credit score. It seems that they are relaxing their attitudes in the hope that their new card users will comply with the conditions of the card. Those who suffered as the recession started may have been able to recover a damaged credit score; it is not as difficult as you might think. It will improve every time a bill is paid on time. In addition there is likely to be some leeway given to those who appear to be on the road to recovery. After all many people could claim that the recession was unexpected and everyone was helpless in the face of the turmoil.

While the recession is unlikely to return because of an increase in consumer debt there is no doubt that it is a cause for concern. The reason why people could feel relaxed about their level of borrowing pre recession was that real estate prices were rising and that was seen as an answer to a potential problem. A remortgage on a property with equity was readily available. That is no longer the case. Real estate is a good investment but not guaranteed to be in the short term.  Short term unsecured debt can no longer be settled because of double digit annual growth in real estate prices.

So what is the answer? Well there isn’t one, at least in the short term if consumers are unconcerned about the level of debt they are accumulating. They will not be looking for answers because they seemingly haven’t asked themselves any questions. Credit card companies seemingly continue to look for growth. Consumers equally are happy to accept the opportunity of credit. There are plenty of people able to help those that is getting into financial trouble but they cannot help unless they are approached. In the mean time consumer debt is continuing to grow.