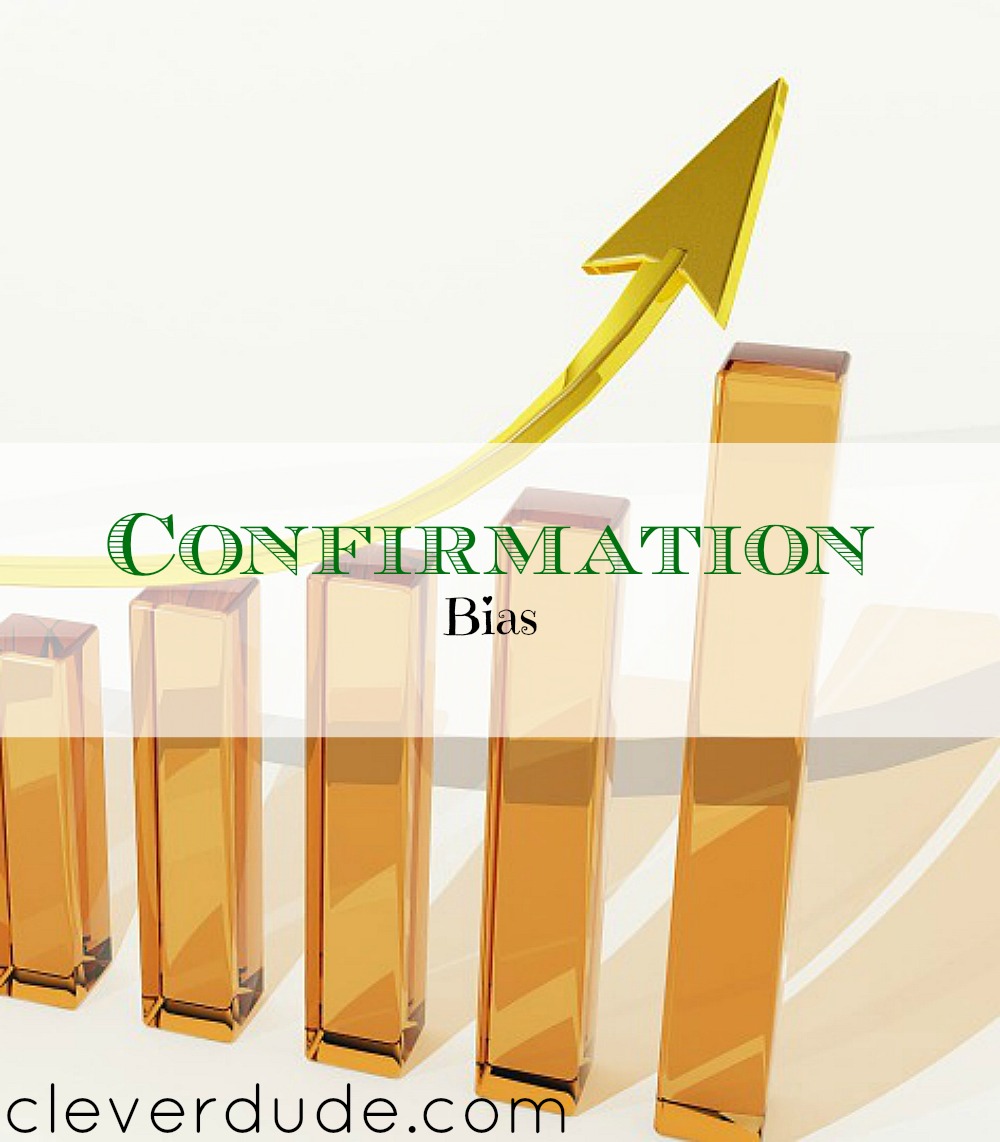 Ð¡onfirmation bias is a cognitive logical fallacy that many online traders in stocks and derivatives suffer from. So, what is confirmation bias and how can it be overcome?

Confirmation bias is a common form of self-deception and false optimism. It comes from the
direct influence of a traderâ€™s desire on their beliefs. When someone desperately wants an
idea or concept to be true, they actually convince themselves into believing it is true,
regardless of whether this is so or not. For example, a trader has invested in shares in
company â€˜Aâ€™, certain that they will gain value, despite market indicators to the contrary. So
strong is his desire to be right, the trader refuses to sell the shares when the value dips,
convincing himself that he will be right in the end.
Confirmation bias prevents people from perceiving circumstances objectively, preferring
instead to ignore or reject any information that might cast doubt on their belief. Traders
suffering from confirmation bias will actively pick out bits of information, often historical data,
which reinforces their belief in a particular trade to justify it.
Confirmation bias leads traders to believe what they want to believe, rather than
acknowledging information or indicators that disprove their optimism. This can be extremely
costly and destructive for traders. However, there are ways of overcoming this damaging
cognitive misconception.

Traders who suffer from confirmation bias can take steps to overcome the problem, once
they have acknowledged that they suffer from it.
One effective exercise involves imagining that you have looked into a crystal ball and seen
your trade going against you. Instead of taking your usual stance and using historical gains
to bolster your beliefs that things will turn around, try to come up with the most compelling
reasons that you can find for the failure of the trade. This technique can help you to realize
that your beliefs might be more fragile and not as well founded as you first thought.
The next step is to try estimating the odds that your fundamental analysis is actually wrong.
For example, assuming that there is a 20% chance that your trade will turn around and move
into profit, is the same as saying that there is a four in five chance that you will be wrong.
This can help to focus your mind on the likelihood of failure, rather than on the assumption of
success. Using this method will help you to accept that you may be wrong and provides you
with mental â€˜coverâ€™ for making the painful admission that you may have made an incorrect
decision.

Another very useful and effective technique is to write down a statement detailing the
circumstances that would cause you to change your view of an investment. If any of these
factors present themselves, the written record youâ€™ve made will make it much more difficult
for you to stubbornly cling to your view that the investment will ultimately be profitable.
Following your written guide will give you the mental â€˜permissionâ€™ to get out of the trade with
your pride intact.