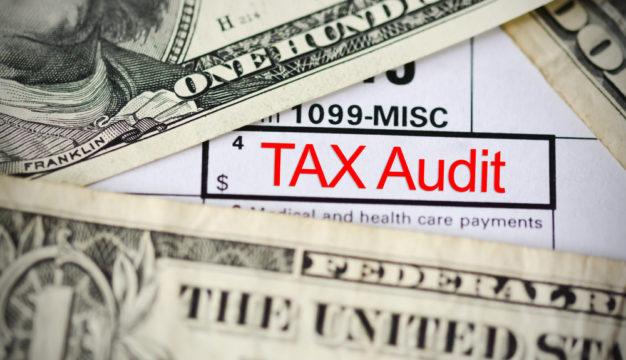 Nobody ever loves it when Uncle Sam comes knocking, and the tax season opens a channel for the big brother to be at your door. For most Americans, there is an ingrained fear about tax audits that often leads to costly mistakes that could have been avoided. Unfortunately, it is these mistakes that often make the taxman take extra interest in the red flags that saw them settle on you.

While anyone can be a subject of an audit, how the process is handled ultimately makes all the difference. Generally, if the IRS realizes that you are trying to play games or hide something from them, they become more curious. This then results in them carefully re-examining your returns over the past years as they seek to find more substantial errors.

At a time when the 2017 Rasmussen Poll has shown that a quarter of Americans are worried about tax audits, there is a need for clarity about the process. A fact that has to be accepted is that the IRS handles more than 146 million individual taxpayers in the USA, and from this, less than 1% gets to be audited. From this number, a significant percentage is often random audits as the tax body looks to have better information on taxpayers. The recent Tax Cuts and Job Acts (TCJA) have further brought about significant changes to the nation, making it harder for taxpayers to make mistakes in their fillings. Nevertheless, some red flags raise the risks of being audited, and even then, there is sufficient room to handle the process correctly.

Primarily, if there is a tax audit, there are common mistakes that you must avoid if you expect the process to run smoothly. Among the things to avoid are:

To avoid such a situation, a must-have partner is an IRS tax audit lawyer with a deep understanding of the legal and financial aspects of these cases. This is not a time to rely on your accountant or a CPA as they do not have the much-needed attorney-client privilege. This means that when a push comes to a shove, they will easily turn and become government witnesses. On the other hand, an IRS tax audit lawyer gives you confidence in a partner who can be trusted with any information. The legal professionals will then leverage on their legal and taxation knowledge to keep you off any traps by the IRS and make the audit less demanding on you.