Christmas is NOT A Reason To Use Your Emergency Fund 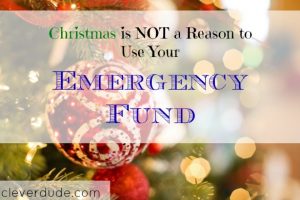 I’ve got a confession to make to all of you. I’m not ready for Christmas. This isn’t one of those typical Midwesterner complaints stating I’m not ready for snow and cold temperatures. It’s really much more serious than that.

I’m not financially ready for Christmas.

Normally, as the leaves start to turn color in September the family budget has a line inserted that reads, â€œChristmas Savings.â€ This year, for whatever reason, that didn’t happen. Each budget period I told myself that I’d add it next time. So here we are at the beginning of December and it hasn’t happened yet. 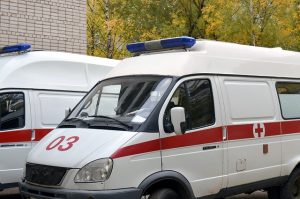 With this realization, my wife went into a full blown holiday budgetary crisis. Where would we come up with the funds for gifts and the normal yuletide spending? We discussed the amount of funds we would need, and options as to where we might find that money. Our eyes met, and we each knew what the other was thinking.

My wife threw her head back and laughed.

Instead of punishing ourselves through a prolonged period of time after the holidays, we decided to take our lumps now. We’re essentially declaring that Christmas is our entertainment for the month of December.

Our reasoning is, we dug our own hole by not altering our budget, so we’ll dig ourselves out without putting the rest of our financial health at risk.

Have you ever just flat out not prepared financially for an expense you knew was coming? How did you handle it?