A carnival is a collection of submitted links presented in a format decided by the host. In this edition, the host (me) decided to write a fairy tale. If you like my writing, think about subscribing to my RSS feed or email updates!

ONCE UPON A TIME,

in a fictional land called Washington D.C., a fare maiden named Anastasia rescued the handsome, muscular Prince Mike (who has a full head of hair) from the clutches of evil creditors through wise financial advice and frugal habits. She proclaimed the wonders of living a debt-free life and helped him devise ways to become debt-free.

Since they had both just graduated from the Warlock and Witch University, they needed some good post-graduate money tips, while also realizing that there are other ways to save money than the common financial advice. They organized their finances, simplified their finances and made some good (and easy) resolutions for the new year.

But something just wasn’t right. Their parents kept bugging them to get married, so they decided to check out the benefits of premarital counseling. They were VERY glad they learned more about marriage before tying the knot. For instance, they might have to face the prospect of paring down their Christmas buying list if they want to afford the holiday. THAT could start some heated debates! They also picked up some ideas for recycling their Christmas tree, such as using it to burn naughty peasants as examples to the other townspeople.

And they learned of some alternate wedding ring ideas, since they couldn’t quite afford the 5 carat diamond ring that Anastasia wanted, and dragon scales are so out-of-style. They even had to think of buying life insurance for each other, especially with those troll hordes rampaging about.

And What About the Kids…

Now that they’re married, all they ever hear is “So when are you having kids?”. They hear it from their parents, siblings, neighbors and of course the local toy store owner. Capitalism isn’t dead, but the economy has been dragging lately and everyone is hurting for money. People just don’t know what to do when they’re laid off. And that’s just one of the reasons Prince Mike and (now) Princess Anastasia are still undecided about having kids (even though Princes and Princesses usually aren’t laid off). Good thing royalty is a pretty recession-proof job.

Everyone is hoping for a second stimulus check, courtesy of Prince Mike’s father, King Obamallama. Since Mike and Anastasia are pretty well-off compared to the rest of the kingdom (considering they’re royalty), they decided to use the stimulus check to set up a savings account for their future children, just in case they decide to have some. And just in case they decide to get a pet instead, they looked into adding pet care into their estate plans. 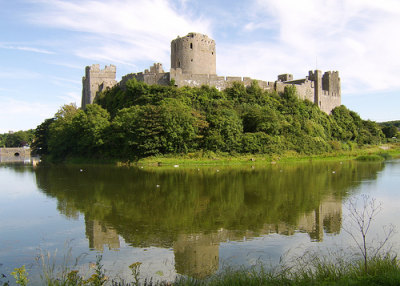 Along with kids and pets, Prince Mike and Princess Anastasia also have other big decisions. For instance, until Mike becomes King, he doesn’t have a permanent place to live. So while they utilize some tips for renting apartments, they have to plan for their future, including saving for a house and for retirement.

While both Mike and Anastasia would like a 50-room “starter palace”, they can’t afford it without getting two mortgages and an option ARM loan. Well what happens when they need to refinance both mortgages? And the kingdom has had a terrible termite infestation, so they need to be sure to get a termite rider on their home contract. And of course they’ll need to make sure they winterize their home from the cold mountain air to control home heating costs both during construction and after.  They also need to create an end-of-year home checklist to keep their home neat and tidy (and safe).

Investing for Their Future…

So until Mike gets the cushy, lifetime job as king, they’ll need to plan for their future retirement from the daily grind of administering peasant justice and hosting lavish balls for other heads of state. Mike bought 5 good finance books for under a $1 and some other great finance books for his library to learn more about identifying investment risk, stop loss orders, and building lazy ETF portfolios (remember, not all ETFs are good investments). But before he can really delve into the stock market, he needs some good tips for new stock investors.

But that’s not all the investing Mike and Anastasia are doing. Nosireebob, they’re also getting more education AND starting their own businesses.

Luckily Mike doesn’t need student loans for his graduate education, because you have to be very wary when taking out student loans or else risk getting high-interest corporate loans in the process. Plus, Mike’s previous credit card use may have impacted his ability to get other loans anyway.

And Anastasia decided to take up cross-stitching as a part-time business venture. First, she interviewed a local small-business owner to learn the ins-and-outs of running her own company, and then found some more tips for launching a small business. She may even take up selling stuff online, whatever that means, such as Mike’s recently finished 50 state quarter collection (seriously, what do you do with a state quarter collection?). Luckily she’s working from home, or else she would have to calculate the time vs money cost of commuting to work! 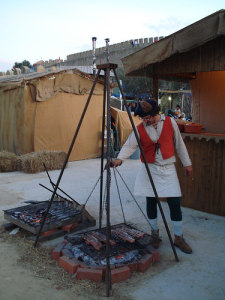 Unfortunately, even princes aren’t immune to paying taxes to the king (until they’re the king, that is), so Mike must read up on the new 401k contribution limits and make sure he contributes to last year’s Roth IRA while he still has time this year. They’ll both need good tax tips for this year, such as whether to recharacterize their Roth IRA. And while they’re saving on taxes, it won’t hurt to save energy AND the planet.

Getting into a Credit Bind

As the years count on and Mike and Anastasia continue with their home-based businesses, they begin to forget their yearly resolutions and become lax with their spending habits. They even sign up for some of these new-fangled contraptions called “credit cards”. While most peasants think that royalty pays for everything with gold, the dirty little secret is that most kings, queens, dukes, etc. are saddled with debt thanks to their non-stop partying, shopping sprees for fancy stallions and gowns and expensive tooth-replacement surgeries (remember, they don’t have toothbrushes).

Mike learns that the ever-increasing economic problems are taking their toll on the credit card companies, and now they’re starting to strike back. For instance, Mike bought some underwear at Stall-Mart and American Express decided he is now “low-class” and lowered his spending limit! And now they’re requiring proof of income or else they’ll suspend his card!

Well, luckily Mike knows a few 0% balance transfer secrets that he can use to save himself some interest payments, along with some tips for closing credit cards, if needed, so that he doesn’t hurt his credit score. And of course the new year brings some much-needed changes to credit card rules and regulations.

Getting Over the “Hump”

By the time Mike and Anastasia dealt with all their debt problems (again), they were in a rut emotionally. They needed someone to come along with an inspirational story and some motivation to succeed. They also let their bodies go a bit and needed to lose some weight. That’s when they realized that saving was a lot like dieting. Both require sacrifice and lots of green stuff.

It was tough to stomach the shame of debt considering their royal heritage, but thanks to Anastasia”s frugal upbringing, they didn’t reject a free offer, nor did they feel entitled to more than their fare share.

And by following the 5 basics to becoming a millionaire, Mike and Anastasia rebuilt their savings and continued to invest for their retirement. They even splurged a little on “Tivo”, a clever method of pausing the stage actors while you get another pint of ale at the local theater. They also found some great tips for getting the best deal on a Dell Abacus.

And they lived happily ever after…or did they?

And if you didn’t get enough links out of this Carnival, check out my own Carnival of Clever Dude 2008 to see my best picks of my own articles throughout 2008. And don’t forget to subscribe to my RSS feed or email updates!