Brew Bros: How to Throw a Beer Tasting Party 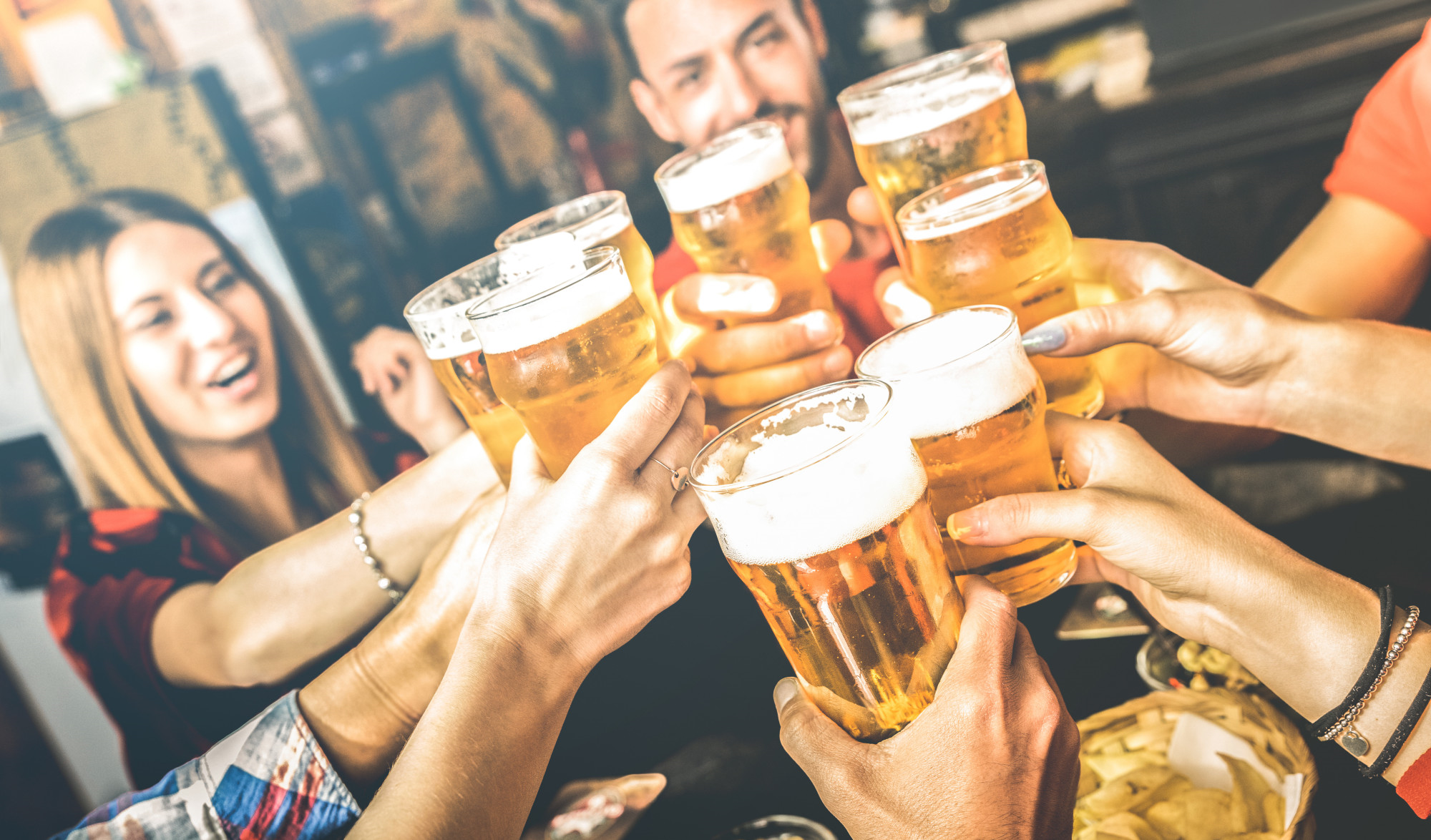 If beer is your thing, you probably love trying new brews. And what’s better than getting a bunch of friends together to try them?!? Throwing a good beer tasting party can be tough though. You have to have the right pairings, set up, and entertainment to guarantee a good time.

If you’re looking for a guide on how to throw a killer beer tasting party, this read is for you.

How to Host a Beer Tasting Party

Pretzels, potato chips, cheese, or nuts? Or all of it? Is there a good type of music? Should music even be playing?

Don’t worry. We’ve got you covered. And also have a few party reminders in the mix!

How Much Variety Should I Have at A Beer Tasting Party?

Let’s start with the drinks.

Depending on how many people you’re inviting, you’ll want to divide up the responsibilities of bringing beers to taste.

If it’s you and a close circle, you might be the sole provider. But if you’re having more than four or five, we recommend spreading the responsibility out.

One easy way to do this is to have everyone bring a six pack or two. Not all the beer has to be finished, remember! You can trade beers this way when you’re done so that everyone can take home a few they really liked as well.

If you want a party with a wide variety of beer, you can have everyone bring a mixed six-pack. This can get…messy…though as the evening goes on.

BUT…you do get to taste a lot of beers.

That’s some diversity! Remember your taking sips though not a full 12 ouncer.

For stuff like this, you can mix it up, too. From IPAs to Sour Ales to Lagers and Light Summer Beers, it doesn’t really matter.

If you’re hosting a specific tasting experience, though, like an IPA Beer Tasting Party, then you’ll want to make sure everyone’s briefed in advanced.

This will also shape your food selections.

One key thing we ask is that you recycle your beer cans and bottles. Remember, glass is 100% recyclable and being the party host that isn’t looking out for the environment makes you pretty lame.

What Type of Food Should I Have at Beer Tasting Party?

Don’t get too crazy with it.

You don’t have to bust out grandma’s secret spaghetti recipe for your beer tasting party.

Munchies like pretzels, chips, and nuts are always good.

But you can also throw in things like pigs-in-a-blanket, meatballs, wings, pizza rolls, french fries, or chicken fingers.

If you’re doing a specific tasting event, and want good beer with good food, here’s a shotgun list of tips.

Whatever the case, we like to think more food is always better. Because leftovers always go good with a brew later too.

Should I Have Music at My Beer Tasting Party?

This is totally up to you.

But here’s our advice: Figure out the total number of people coming. If it’s under ten, have music, over ten keep it at a low-low volume or off.

People like to talk and converse while tasting beers. It’s fun to share thoughts, opinions, and give ratings. Music can get in the way of this because it’s a distraction and it makes hearing others hard.

If you are looking for a music type, we recommend classic-rock. Stuff that everyone will know and can tune in or out to.

This is the fun part of the party.

We recommend having everyone rate the beers they taste.

(It will help to give everyone a piece of paper and a pen because six or seven tastes down the road things are going to get forgotten.)

As the host, you can do one of two things.

A: Have all the beers unlabeled. Meaning you wrap them in aluminum foil or some sort of cover so nobody knows the name or what to expect from the beer. This helps make the rating system fair and adds a layer of mysterious fun.

Your choice will be determined by the crowd you’re having over. Sometimes it’s fun not to know, other times it’s fun to sample beers and learn a little bit about them while tasting.

At the end of the night (or next morning) have some prizes or party gifts ready for the beer bringers.

Here are some ideas to help you out:

Grand Prize for the highest rated one.

Beer You Would Not Give Your Mom

Beer You Would Give Your Mom

Have fun with it, but make sure you do have some prizes ready! Small gift cards, koozies, a cheap six-pack, bottle openers, things of the like work great.

Should I Have Homebrews at My Beer Tasting Party?

If you’re into brewing your own beer and want to host a self-brewed party, decide whether you want name brands to be there or not.

It can be nice to only sample homebrews and enjoy what each other created.

The craft of brewing is complex but rewarding, so having an event where friends can come over and try creations is both a celebration and a learning phase.

Take tips from others and give tips to those who also bring. If you’re looking to start brewing your own beer we’ve got some more information on the language and the process for you!

One thing we’ll say is to have a high and low ranking system instead of a standard system.

High rankings for the beers that people love. Find out why. What’s working? Is it hoppy in a good way or too much? Is it too dark or a perfect fire-side drink? Could you mix up the malt for a smoother taste?

We hope you’ve enjoyed this guide on how to throw a beer tasting party! And we hope your party brings you joy.

If you’re looking for more content on parties and flavors, head on over to our general page where we post tons of content. If you’re looking to throw a party but don’t see a guide on it, feel free to reach out and contact us. We’re here to help you have the best experiences yet!