Be The Good Parent, Not The Cool Parent 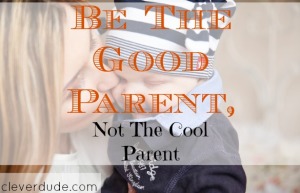 My son informed me that he and his friends were talking and had hatched a plan in which they all purchased airsoft gear, and then played with them in a small forest of trees in near our home. Airsoft guns are like the old style BB guns, except the ammunition used is plastic BBs instead of metal. He had done some research, and the total of the gear he wanted to purchase was about $300. He had enough money in his checking account to make the purchase, and was wondering if he could order it.

I knew my wife and I had to have a conversation.

My initial inclination was that I knew my wife would be against it, and I went into the discussion with the task of convincing her we should allow him to buy the airsoft gear to play with his friends. We’ve been wanting him to be outside more, and this would definitely accomplish that goal. Also,he works hard at his job, it’s his money, and he should be able to spend it what he wishes.

As the conversation progressed, I felt my opinion changing.

My wife searched the internet and found injuries due to airsoft guns,and some of them were pretty gruesome. My son wanted to purchase safety gear, but the risk of an injury seemed too high. One freak eye injury could affect him for the rest of his life.

My son is a responsible sixteen year old, but the thought of a group of teens running around shooting each other with BB guns didn’t leave a great picture in my head. Additionally, with all the focus in the news lately about what can happen when a police officer encounters someone with a toy weapon that looks realistic, this seemed less and less like a good idea.

We allowed him to drop quite a bit of cash on upgrading his computer because he uses it every single day. There has been great value in those purchases. However, this seems like something that may not be used often, even if other parents allow their children to buy the gear. I have serious doubts as to whether anyone else will be allowed to buy airsoft gear as well.

I really wanted to be the cool dad, and the kid in me wanted to live vicariously through him. Running around playing with toy guns is something I did all the time when I was a kid. But these are not just toy guys, these are weapons that can seriously injure someone. My job is not only to help my son make good decisions with his money, but also to keep him safe. 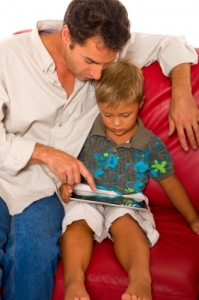 Image courtesy of Ambo at FreeDigitalPhotos.net

Have you ever struggled between being a good parent and the cool parent? Which perspective prevailed?