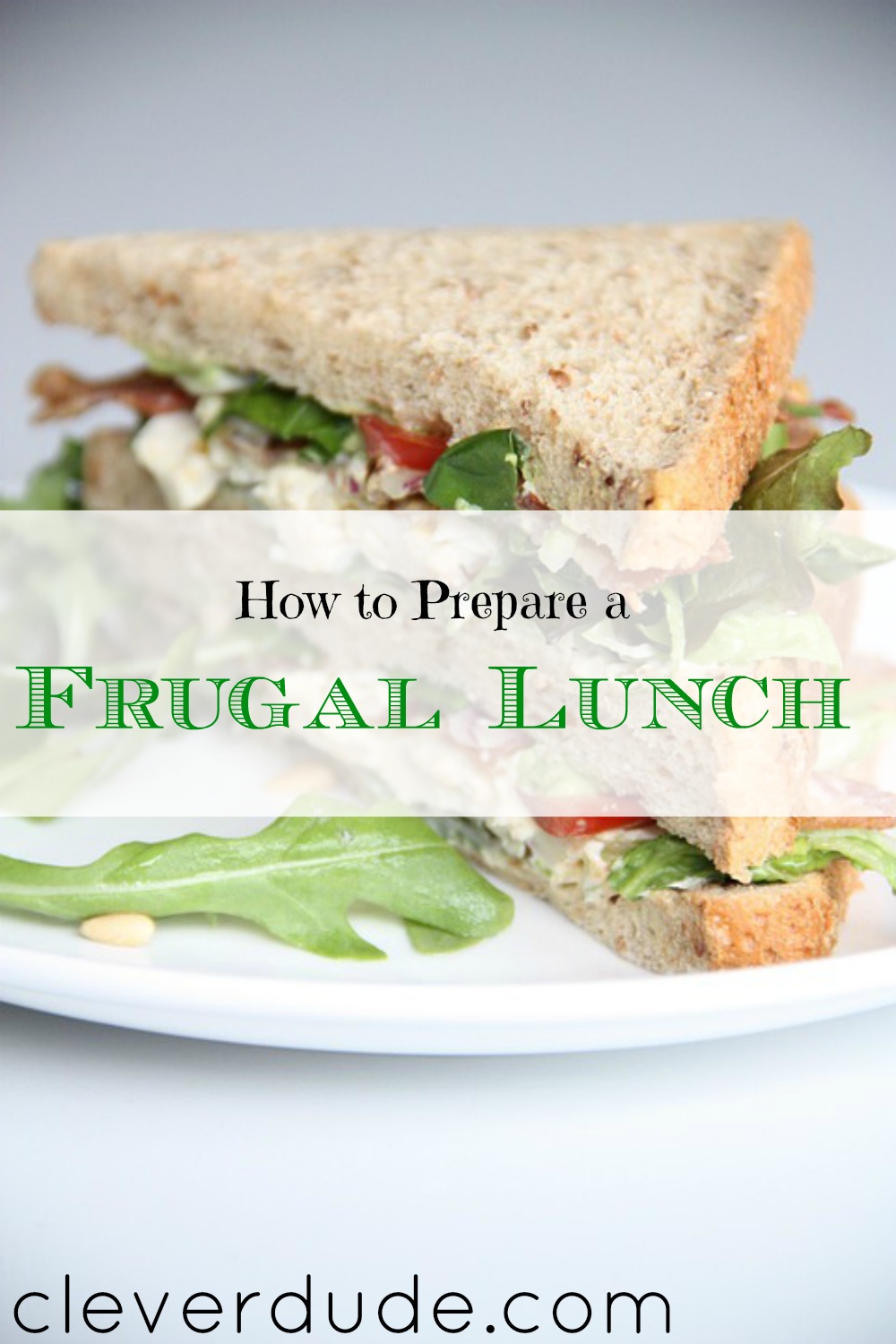 Almost 1 year ago, I posted Frugal Lunch by my Registered Dietitian wife, Stacie. She put together a sample menu of frugal, yet nutritious, lunches including peanut butter and jelly (PBJ) sandwiches. Well, since beginning my new job, I’ve been trapped at work and getting out for lunch is just too much of a pain.

Now that I’m stuck in the office during lunchtime, I have begun to rely on a staple diet of PBJ sandwiches (and side dishes) for lunch. In fact, I’ve developed a way to make a work-month’s worth of sandwiches in 25 minutes! I’ll even give you a near-exact price per sandwich for your own budgeting AND step-by-step photos! I’ve even gotten my boss and a classmate to try it just by mentioning my method and they’re hooked!

When I worked in PA for 5 months and lived there by myself, I didn’t want to take time to make lunches every morning, and there were no restaurants near our office building. Being the lazy yet resourceful guy that I am, I developed a method where I made a week’s worth of lunch on Sunday night. I just made a whole bunch of PBJ sandwiches at one time and froze them. I would grab 1-2 sandwiches out of the freezer each morning and by lunch they would thaw and still taste perfectly fine.

In the last article, so many people complained that it took too long every morning to make lunch and it’s just not worth it. Well how about taking an average of 2-3 minutes per day for the central part of your lunch instead? At the time, I would only make 1 loaf at a time, but now I make 2 loaves of sandwiches at once. And not counting the time I took to take pictures, this time only took 25 minutes from setup to cleanup.

So how much does it cost to make 2 loaves of PBJ sandwiches. In my example, I was able to make 23 sandwiches. I was cheated out of a slice of bread, so I couldn’t make an even 2 dozen. For the jellies, I used a standard Welch’s grape as well as a fancier strawberry jam (for a change of pace).

So here’s the per-sandwich cost roundup using my example:

That’s $6.99 for a full month of sandwiches! Do you know how much Panera charges for a PBJ sandwich? Well I don’t either because they’re too embarrassed to print it on their website, but I know it’s at least $2-3 from experience!

These are real numbers based on my actual grocery bill, and even rounded up since not everyone buys in bulk. This is even cheaper than Stacie’s original prices because I got the cheaper wheat bread. Also, I won’t count the baggies I used since they’re so cheap, but you might want to use reusable plastic containers or wash the baggies and reuse them.

Step-by-Step Illustrations (and some tips)

If you need more than just numbers, I’m going to lay out every step I went through to make 23 sandwiches. Along the way, though, I found some tips such as:

– Wheat bread doesn’t absorb the jelly juices like white bread, so your sandwich isn’t soggy when it thaws
– Knott’s Strawberry Preserves has some giant strawberries in it. It makes spreading difficult, so I’ll probably skip the preserves next time.
– I recommend stirring up the jelly before spooning it out. It makes spreading it MUCH easier.
– The messiest part is trying to stuff 2 sandwiches into a single baggy, not actually making the sandwiches.

Step One: Lay out the bread. Our kitchen island was a perfect spot to make these sandwiches as you can see.

Step Two: Plop the peanutbutter onto the bread. Of course you want to only put it on half the slices of bread. I put a generous amount on each slice because I really like peanutbutter. You’ll spread out the PB in the next step.

Step Three: Spread the peanutbutter. I do each step for all slices first in a true assembly line fashion. If I spent time making each sandwich in its entirety, I’d get tired of it and probably stop after one loaf.

Step Four: Lay out the jelly. I just dropped a glob of jelly on top of the PB, not the empty slice, because it’s easier to close up the sandwiches when one slice is plain.

Step Six: Close up the sandwiches. This is the best part because it’s the fastest. just place the lids on each sandwich. A tip is to match up the shape of the top with the bottom so you don’t have unneeded overhang. Oh, and yes I use the crusts.

Step Seven: Bag them up. This is my least favorite part because I cram 2 sandwiches into a single baggy. I used one baggy because it’s less wasteful.

Seriously, it took me 25 minutes, not counting the picture times, to get out all my materials, make them, bag them, put them in the freezer and clean up the counter (watch out for all the crumbs). Now stop complaining that it takes too long to make your lunch. Also, since you’re freezing them, you don’t HAVE to eat PBJ every day, but at least they’re there to grab if you’re in a hurry or know you won’t get out for lunch.

Personal Lending Group Shares 5 Key Things to Be Sure You Get Right on Your Loan Application
Review: National Consumer Panel, Pure Awesomeness or Waste of Time?
Meal Delivery Service: Blue Apron Review
Which is Cheaper: Keg or Canned Beer?
Save Money on Water if You have a Pool (Utilities)