An Easy Way To Protect Yourself Against False Vacation Rental Charges 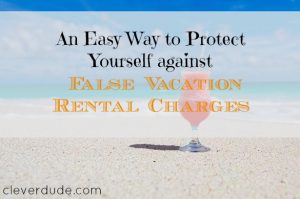 â€œWhat are you doing?â€ asked my wife as she noticed me walking around the rental house snapping pictures, â€œI want to get going!â€ It was 6am, and we were trying to get on the road to make the twenty hour drive back home from Florida. 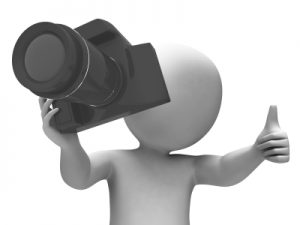 We had rented a house for the week with some friends of ours and had some issues, although relatively minor, with the vacation rental management company. Something in the back of my head told me to document the state in which we left the home. All the towels had been piled in the laundry room, all the garbage bins had been emptied as had the pantry and the refrigerator. No mess had been left in the kitchen or patio, and the garage had been cleaned out as requested.

All clearly documented via a sequence of over 30 pictures.

As we were preparing to leave, all I could think of was being on one of those television courtroom shows being sued for some kind of damage or leaving a mess, and being asked by the judge, â€œDo you have a cell phone? Why would you not take pictures?â€ I’ve heard the questions asked a bazillion times, so I took out my cell phone and took pictures. This isn’t the first time I’ve gotten this feeling, and used my camera to document an experience to prove what really happened.

I have no reason to believe that the management company is going to accuse us of anything. However I took the pictures, and then transferred them to a folder stored neatly on my computer as a precautionary measure just in case something would pop up. It would be very difficult to handle the matter given I live across the country from where the property and the management company reside.

Having the pictures would help to prove my case should they accuse me of anything, and protect me from having to pay for damage or cleanup that wasn’t due to my actions.

Do you protect yourself when you rent a condo or home when on vacation? Have you ever been accused of damage you didn’t do?