5 of The Best Cities in America to Start a Business

Starting your own business comes with a seemingly insurmountable laundry list of to-do items that morphs and shifts with each day’s accomplishments and failures. Depending on the industry in which you’re going to be working, there’s capital to raise, permits to file, licenses to procure, marketing to undertake, school to finish, employees to hire, and real estate to secure.

But one of the first steps every would-be entrepreneur needs to seriously consider is where exactly they’d like to set up their operations, especially since not every city or state may be as conducive to your success as you’d like them to be. Whether you’re hoping to open a print shop or a craft ice cream store, here are five of the best cities to start a business. 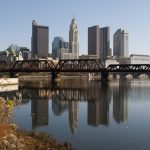 Almost 2 million people reside within the Columbus metro area, and, according to Kiplinger, it averages roughly 105 small businesses per 10,000 people, and the cost of living for those who are self-employed sits at 11 percent below the national average. Add to that number a low unemployment rate, and Columbus quickly shapes up to be one of the healthier economies and more affordable places to live in the United States.

The city also has more than 19,000 businesses with only one to four employees. When compared to the U.S. average of just 9,600, small business ownership in Columbus looks especially popular and viable. So, whether you’re at the initial drawing board still looking into what type of business you’d like to own and operate, or you’ve already signed up for business assistance from apps like EZ forms to ensure internal audit compliance, consider Columbus as a place to hang out your shingle and start your business in Ohio. 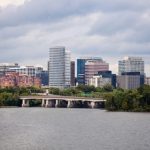 Considered one of the best cities for young entrepreneurs, Arlington, VA boasts an exceedingly high number of well-educated people, as well as the highest per-capita income in the entire country. Additionally, it’s close to Washington D.C. area businesses and employment pool, which can greatly aid a new startup.

Networking and access to funding are probably Arlington’s greatest assets to new businesses, which is good news, because it does have a higher cost of living than many of the other cities on this list. 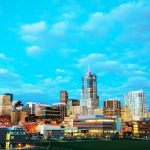 The city also boasts a number of incentives to attract businesses, especially tech companies, but many of their pro-business initiatives aren’t industry specific. Some notable programs include granting businesses as much as 50 percent of the financing to get off the ground provided the business operates in certain parts of town. Money is also available to companies that create permanent jobs that last upwards of a year. 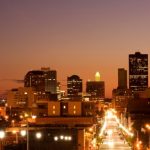 With its low cost of living and low unemployment rate, the big little city of Des Moines can make owning your own business look even more attractive. Local economic development organizations like the Greater Des Moines Partnership, coupled with the city’s financing programs aimed at potential entrepreneurs can help ease the existential and financial stress of getting your company up and running.

In particular, the MicroLoan Program offers as much as $10,000 to startup businesses in the Des Moines metro area that have five or fewer employees on payroll. 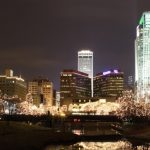 Kiplinger shows business costs to be almost six percent below the national average, and for financial services firms, that savings is 15 percent. It’s no wonder, then, that almost 12,000 small businesses are in operation in this city that has fewer than 900,000 people. Surprisingly, Omaha is especially conducive to tech startups â€” one of the reasons the central part of the United States has earned the nickname, the “Silicon Prairie.”

Starting a business is one of the many avenues by which people achieve the American Dream, and in each of these five cities, that avenue is shorter, kinder, and easier.