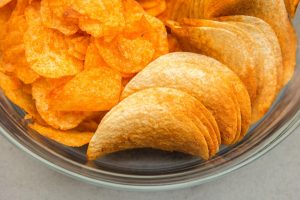 I put a pad of paper on the kitchen counter and told my son if he wanted anything specific to write it down. The following morning I’d be making a trip to the grocery to pick up soda, candy, snacks and anything else he wrote down on the list.

My son was getting ready for his once a month gaming party he hosts at our home. Tables are set up, power strips are plugged in and everyone brings their own computer. The soda and snacks, along with delivered pizza, keep the teenagers fueled during a long night of gaming.

Each month I spend about $100 on soda, snacks and pizza for my son’s gaming party.

This is not an insignificant amount of money, but I don’t mind spending it. In fact, I’ve told my son if he wants to have the gaming party more frequently, he’s more than welcome to. In fact, we stated that anytime he wants to have his friends over for any reason we’re willing to supply whatever supplies he’d like. Teenagers have a ferocious appetite and are drawn to the idea of a limitless supply of food, so he takes us up on our offer fairly frequently. As a concerned parent of a teenager growing into young adulthood, having our son and his friends hanging out at our home gives me three very important benefits:

I Know Where He Is

If my son is having a gaming party, he and his friends are in our basement. After 10 o’clock they’re not allowed to leave until the next morning. I know where he is and don’t have to worry about whether he’s somewhere he shouldn’t be.

I Know What He’s Doing

During the gaming party, the basement is illuminated with the glow of custom built computers and gaming headsets. Those that aren’t in front of their computer are sitting in front of a big screen television playing a game on the Xbox.

I Can Check On Him

Both my wife and I periodically go down stairs. We ask whether there’s anything they need, but really it’s just to make sure we don’t see any evidence of questionable activities.

Allowing our son to have all his friends at our home for a gaming party gives my wife and I peace of mind. They could be hiding something from us, but at least we know where he is, what he’s doing, and we can keep eye on him. That kind of peace of mind is well worth $100.